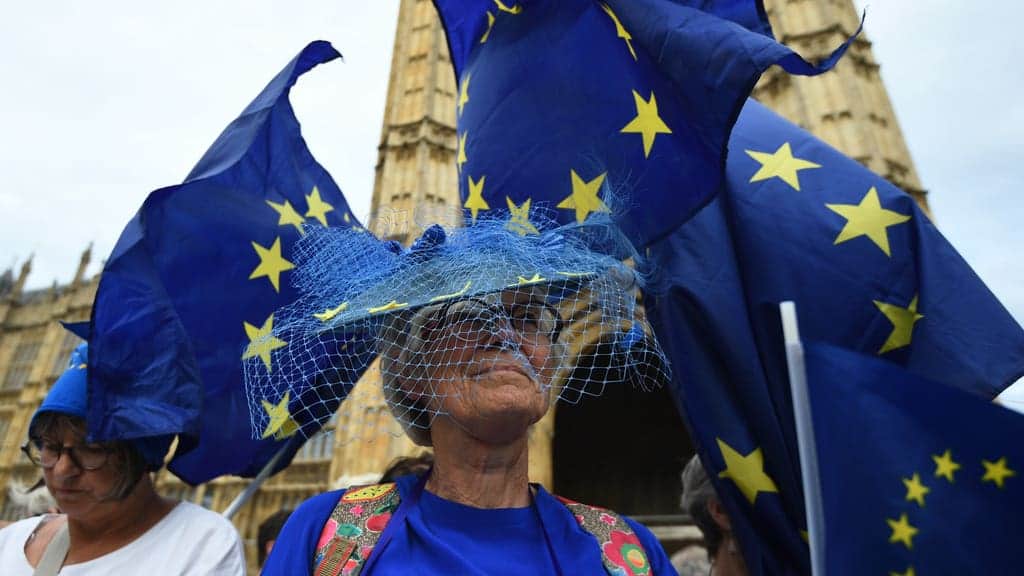 A united Ireland could emerge within the next 25 years given the “disaster” created by Boris Johnson’s Brexit deal, a former cabinet minister has predicted.

Lord Blunkett said the European single market “effectively continues” in Northern Ireland under the terms of the agreement reached between the UK and the EU, with a border in the Irish Sea.

This creates “contradictions” in Northern Ireland’s relationship with the EU and the rest of Great Britain, said Lord Blunkett as he warned this bodes “extremely ill” for the future.

Northern Ireland is following the rules of the EU single market to avoid a hard Irish border and has shifted checks on food standards to Irish Sea ports.

Goods arriving from Great Britain are among those subject to checks under the agreement made by Prime Minister Mr Johnson with the EU.

“All of these things bode extremely ill for the future”

Lord Blunkett, speaking during a debate on the future arrangement between the UK and EU, said: “It proposes a very different picture for the future which will be exploited by those in the Scottish National Party, who seek to use every opportunity to reopen and re-engage with the destruction of the United Kingdom.

“I believe that this deal actually accelerates the possibility within the next 25 years of a united island of Ireland.

“It’s a century since the 1921 legislation as part of the agreement on partition.

“All of these things bode extremely ill for the future.”

Lord Blunkett, who served as home secretary under Tony Blair, also warned the UK’s withdrawal from EU security organisations will be “regretted for a very long time to come”.

Concluding his speech, the Labour peer said: “To top it all we replaced the Brussels bureaucracy, so used in the Brexit arguments, with the bureaucracy we see today on our borders in terms of distributions, hold up and diminution of trade.

Conservative former Brexit minister Lord Bridges of Headley said the UK has a “laundry list” of policies, including banning live animal exports and taking back control of the country’s waters.

He added: “I look forward to hearing the minister … put my mind at ease and give me the confidence there is indeed an oven-ready plan and strategy in the post-Brexit world, and we’re not making things up as we go along.”

He told peers: “From now on, our laws will be determined by our elected politicians and MPs will be accountable to the voters who send them to Parliament to legislate on their behalf.

“The Canada-style agreement takes back control of our laws, borders, trade, money and waters, ends any role for the European Court and protects the Belfast Good Friday Agreement.

“It provides certainty for business, from service providers to our leading world manufacturers – including our car industry – safeguarding highly-skilled jobs and investment across our country.”

Lord True added: “The UK can now regulate in a way that suits the UK economy and UK businesses, doing things in a more innovative and effective way without being bound by EU rules.

“We will now take full advantage of the remarkable opportunities available to us as an independent trading nation, striking trade deals with other partners around the world.”

Shadow business spokesman Lord Bassam of Brighton said he fears the Government’s “incompetence” will hamper the UK’s ability to take advantage of the EU trade deal.

The Labour peer told the chamber: “This is a thin deal and its flaws will be exposed over time and will need fixing for the future. Labour will guard against any attempts to water down working and environmental protections.

“We accept we will inherit this deal after the next election, but we intend to build from it as a means of promoting British interests.

“My fear and that of our party is that the level of incompetence displayed by the Government will be writ large and hamper our ability to take best advantage of even this thin deal.”

Related: ‘United Ireland’ trends as Dublin commits to funding EU health cards and Erasmus for citizens north of the border