It comes after they ignored scientific advice to bring in a short national circuit breaker last month. 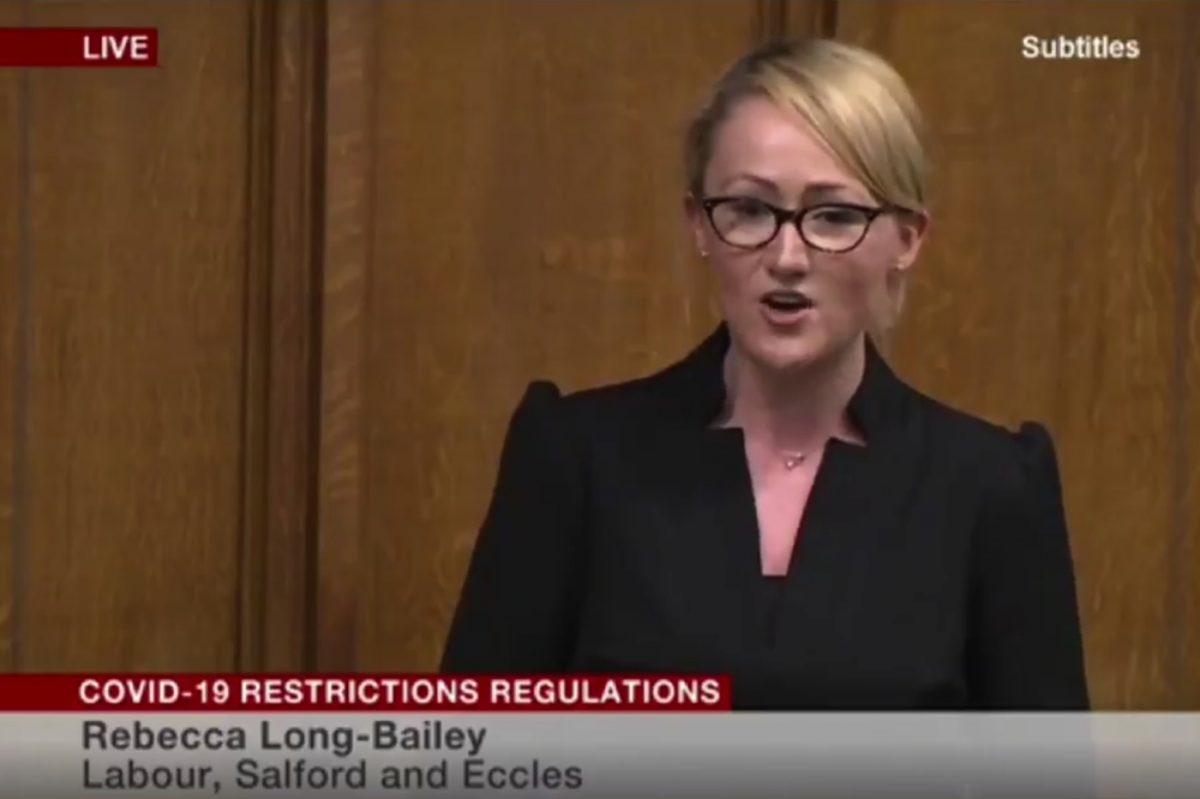 Rebecca Long-Bailey said the government’s pandemic strategy has been akin to “throwing a glass of water on a chip pan fire” as she hit out at the latest measures in parliament today.

The former shadow secretary of state for education made a statement as the three-tier system gets readied to be rolled out across the regions.

She said a “short national circuit breaker” and “reform to test, track, trace, isolate” would have been more effective, views which chime with scientific advice which was seemingly ignored last month.

According to a document from the Scientific Advisory Group for Emergencies (Sage), dated September 21st, advisors had suggested immediately introducing a national lockdown lasting between two and three weeks to halt the rapid spread of the virus.

The Government’s failure to act on the advice has been branded “alarming” by Labour.

Shadow health secretary Jonathan Ashworth said: “The Government now needs to urgently explain why it ignored its own scientists and what it will be doing to get control of the virus.”

Here’s what Long-Bailey had to say on the matter today:

Rebecca Long-Bailey – "The government's pandemic strategy has been akin to throwing a glass of water on a chip pan fire." pic.twitter.com/AP4yV75spJ