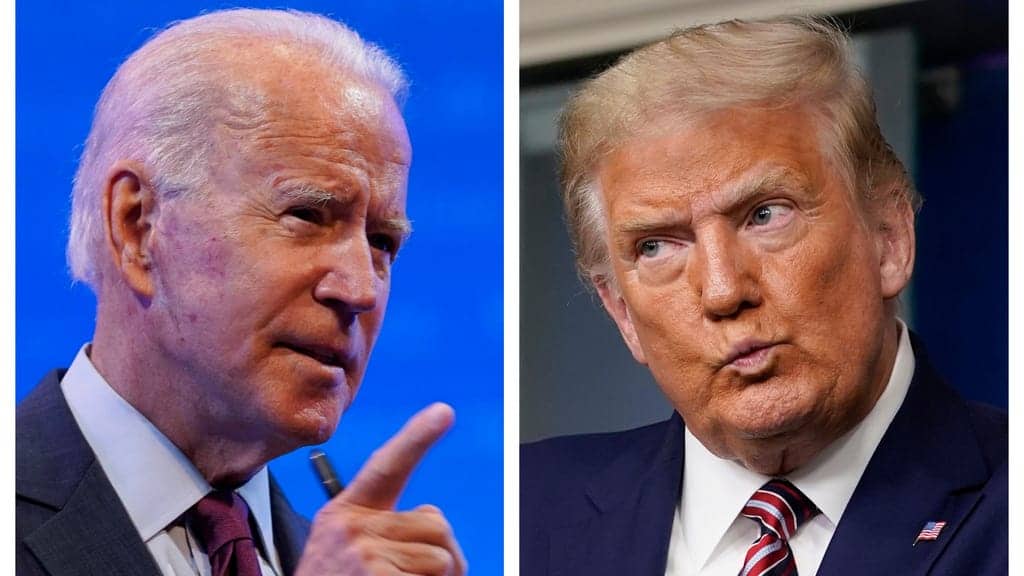 With three weeks to go until election day Joe Biden has stretched his lead over Donald Trump to a massive 38 percentage points, according to the latest Smarkets data.

In a flurry of trading activity, Biden briefly traded at an all-time high of 78 per cent over the weekend but his price has now stabilised just below 70 per cent.

Conversely, Donald Trump’s chance of winning reelection has fallen by 5 points in the same period and currently stands at 31 per cent.

Georgia, Ohio and Iowa have all moved from leaning towards or likely to be won by the Republicans into toss-up territory.

Patrick Flynn, Smarkets Political Analyst, said: “Since the start of September, this election has been trending in one direction only.

“Smarkets users pushed Biden’s price into the 60-65 per cent range after a competent performance in the first debate, and an increasing national polling lead saw the former vice president climb to a record high of 78 per cent in our market over the weekend. In light of 2016’s shock result, it seems traders may be exercising a degree of caution as his price has been brought back to 69 per cent – still giving the Democratic challenger a 38 percentage-point lead over Trump.

“Biden’s national lead is now in double digits in most polls with just three weeks until election day. With record numbers of early votes expected this year, the looming deadline of 3 November is in reality even earlier for President Trump, and it is becoming increasingly hard to imagine a scenario in which he turns this race around.

“The second presidential debate was set to take place this week but after the president pulled out, few opportunities remain for a turnaround. All this leads to one conclusion: Trump’s nightmare of a blue wave creeping through American suburbia looks increasingly likely to come true shortly after Halloween.”

Related: Trump winning second term would be ‘a thousand times worse’ for UK than no-deal Brexit