"Hi Liz Truss. Why do you disrespect the people of Scotland so? PS Asking for my country," tweeted one person in response. 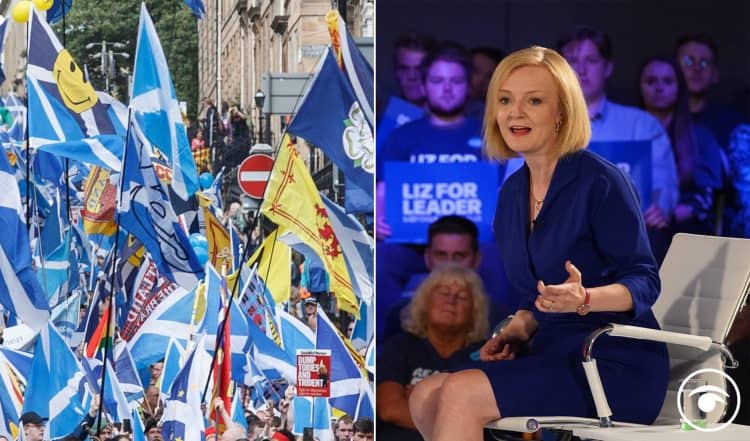 she said Scottish First Minister Ms Sturgeon was an “attention seeker” who is “best ignored” at a hustings event in Exeter on Monday.

Asked during the hustings if she would ignore Mr Drakeford like Ms Sturgeon, Ms Truss said: “I think it’s a very different situation in Scotland and Wales.

“Because what’s happening in Scotland is the entire resources of the Scottish Government are being used to run essentially an independence campaign, and I think that is grossly irresponsible.

“The Scottish Government are not delivering for the people of Scotland, Nicola Sturgeon is spending her time agitating for independence.”

Deputy First Minister John Swinney said the attack on Ms Sturgeon from someone hoping to be the next occupant of No 10 is “completely and utterly unacceptable”.

Responding to the comments by Truss, SNP MP Anum Qaisar said: “Nicola Sturgeon said that she set aide £20m (0.05% of the Scottish budget).

“There’s no “fresh start” after Boris – they’re a bunch of crooks and liars.”

SNP MSP James Dornan said: “Is Liz Truss mentally and instinctively incapable of telling the truth when is comes to talking about Scotland? What a state the UK is in when it looks like she will be the next PM.

“Not much change from the incumbent deceiver then.”