“Those who championed Brexit and are crying salty tears now because of the consequences of Brexit need to accept that those are consequences of their decisions, their actions, and to not point the finger at others.” 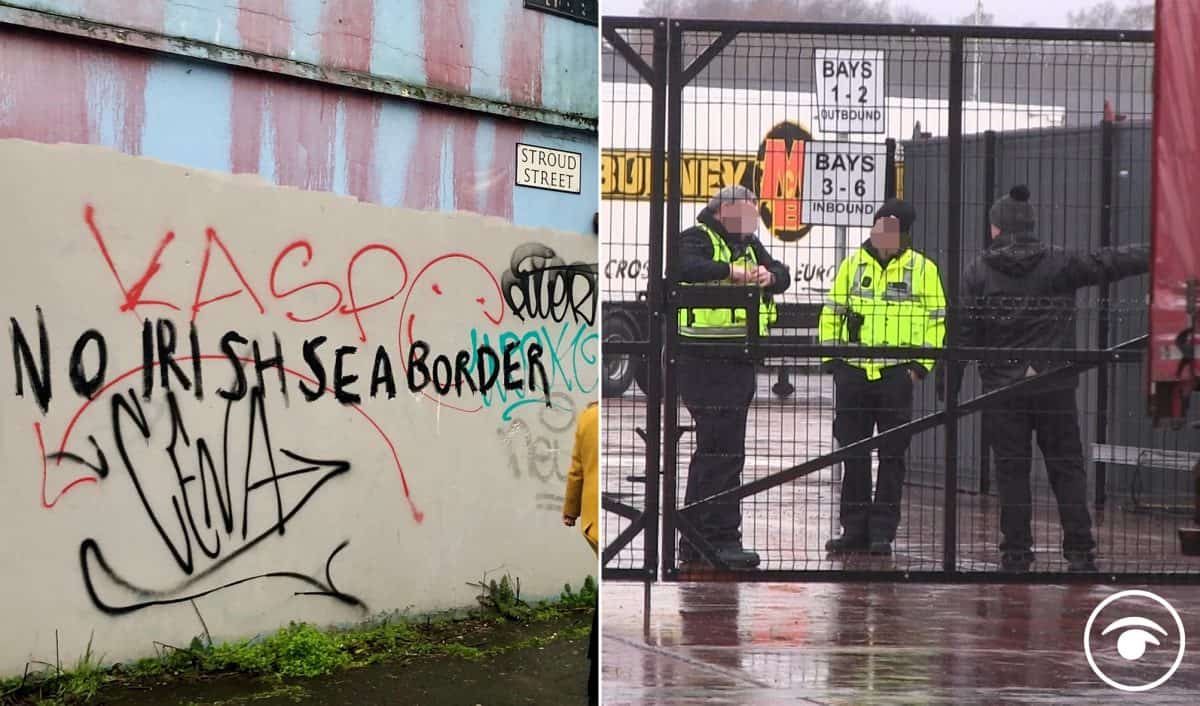 The Northern Ireland Protocol is not going to be scrapped, the Irish Government has said. It comes as a politician has slammed Pro-Brexit supporters for not being careful what they wished for.

Stormont First Minister Arlene Foster says the measure designed to keep the Irish land border open should be replaced, but Dublin is focused on easing problems with the post-Brexit trade deal which have caused disruption at Irish Sea ports.

In the Commons, the DUP MP Ian Paisley told the Prime Minister that the protocol has “betrayed” his constituents, making them “feel like foreigners in our country”.

In light of these major issues Sinn Fein leader Mary Lou McDonald has told Brexiteers to stop “crying their salty tears” and accept the consequences of their actions.

She told Radio 4’s Today programme: “I think it needs to be remembered this protocol is only in place a short number of weeks, it needs also to be recalled that Brexit was not our idea.”

She continued: “Brexit was something the DUP and the British system, the Brexiteer part of it, championed.

“We warned consistently it would have very negative impacts for the entire island of Ireland.”

She explained: “There are some consequences of Brexit that will be disruptive and will be negative and that can’t be mitigated by the protocol.

“Those negative consequences belong to Brexit … they are not the fault of the protocol.

“The first thing that needs to happen now is we need cool heads, we need calm, mature leadership, those teething problems that do exist need to be identified and need to be ironed out.

“Those who championed Brexit and are crying salty tears now because of the consequences of Brexit need to accept that those are consequences of their decisions, their actions, and to not point the finger at others.”