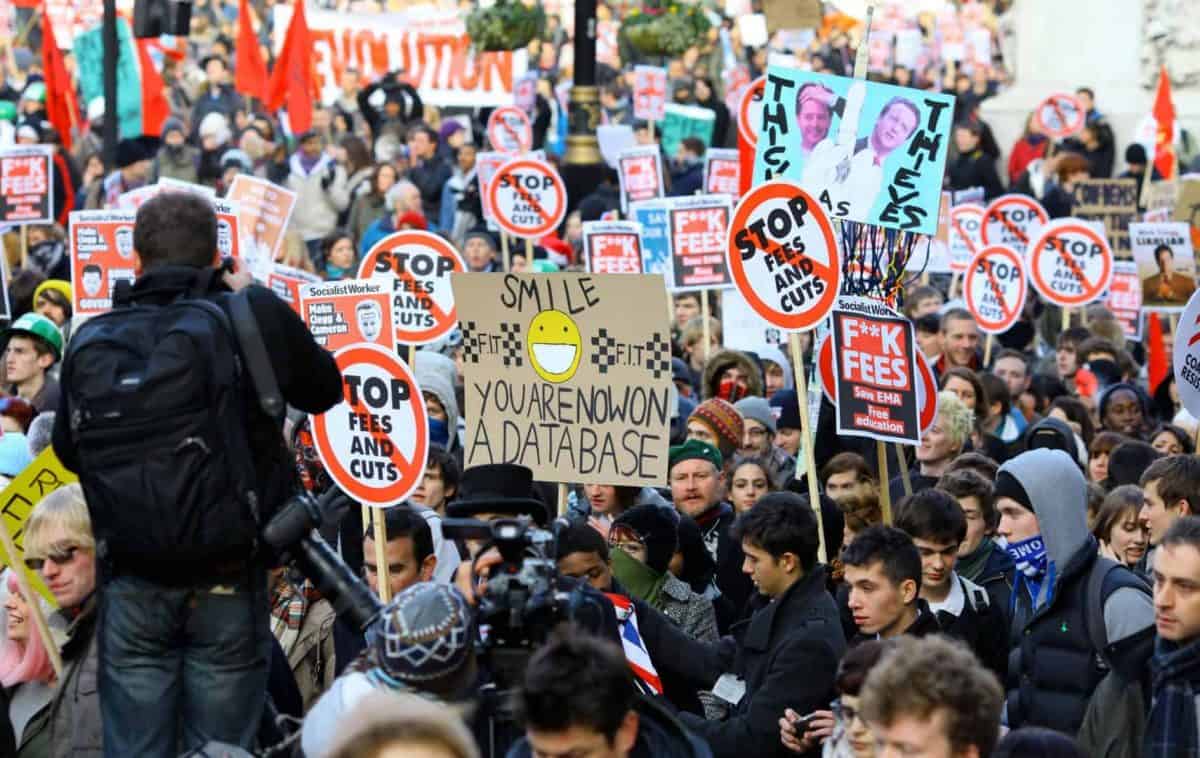 Shadow education secretary Angela Rayner has called on the Liberal Democrats to apologise for hiking tuition fees on the ninth anniversary of the decision.

The Lib Dems ditched their pledge to scrap university fees altogether while in coalition with the Conservatives and instead agreed to increase the annual study bills to a maximum of £9,000-a-year on December 9 2010.

Ms Rayner said the decision to renege on the manifesto pledge had left many youngsters “bitterly disillusioned with politics”.

Party leader Ms Swinson was an aide at the time of the vote to Vince Cable, then the business secretary, and voted in favour of the tuition fee rise. She was one of 28 Lib Dem MPs to support the coalition government while 21 refused to give it support.

Jo Swinson has ruled out any power sharing agreement with the Conservative Party after Thursday’s election.

Labour said students are now taking out more than £10 billion in loans compared to £3 billion in 2012-13 – the year the increase came into effect.

“Today’s anniversary is a timely reminder of how quickly the Liberal Democrats broke their promises for a taste of power with the Conservatives, and an opportunity for Jo Swinson to make a full apology,” said Ms Rayner.

“That broken promise left many young people bitterly disillusioned with politics, which is particularly destructive because Labour believes politics is a force for good in our society.

“Jo Swinson said that her party ‘long prided itself on its commitment to education as the great leveller’, before voting with the Tories to treble fees, scrap grants, and impose all the cuts that are destroying our public services and left millions of children growing up in poverty.”

Labour is standing on a manifesto pledge of scrapping university tuition fees “once and for all”.

Speaking to ITV’s Tonight programme last month about the tuition fee vote, Ms Swinson admitted she thought the party made the “wrong decision”.

“I was an aide, a parliamentary aide to Vince Cable at the time. And I do think that was something that we got wrong,” she told the programme.

“What I would say, is that we won the battle for schools funding, particularly, to help the poorest pupils.

“That was billions of pounds worth of investment, really targeted. And, that’s where you make the biggest difference.

“So, although I absolutely think we got it wrong on tuition fees, because of what we’d said we would do – if you actually look at the outcome of the policy that we designed – more people from low income backgrounds went to university because we made sure that they would get extra bursaries and extra support.”