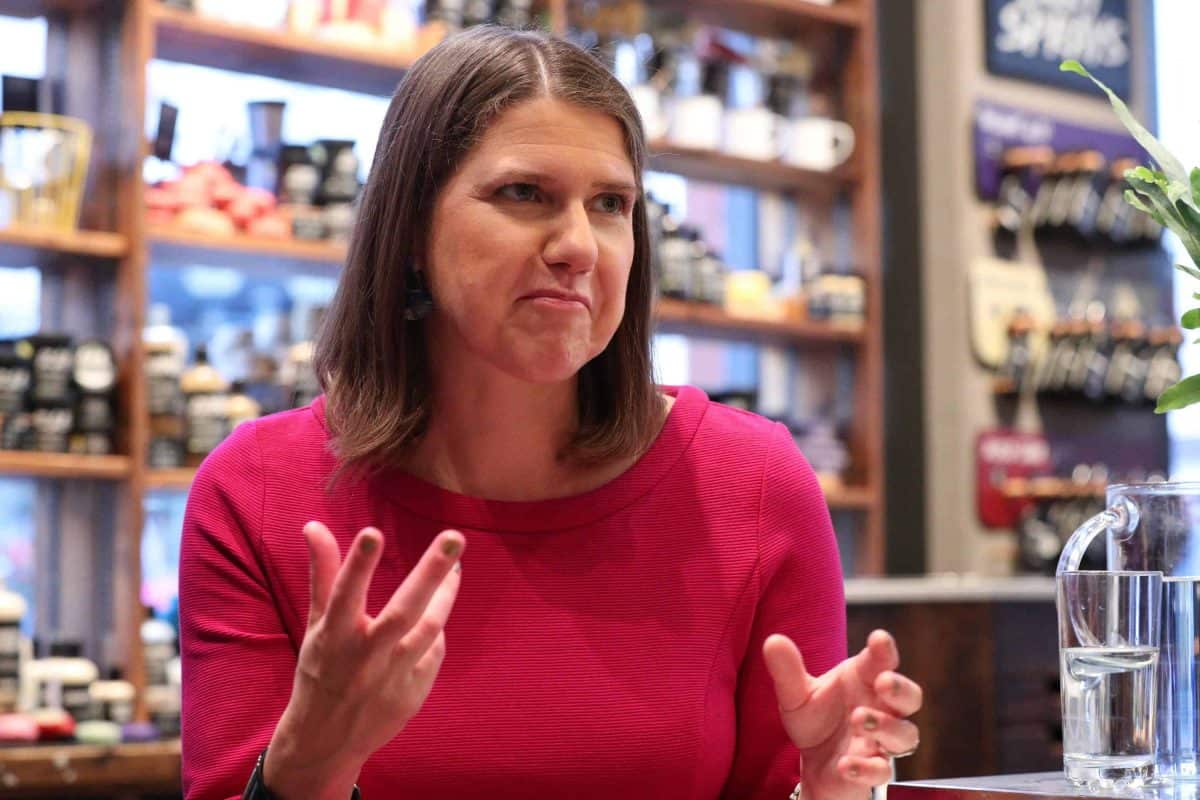 The Liberal Democrats have dashed Labour hopes for a Jeremy Corbyn-led caretaker government after Nicola Sturgeon gave her backing for the move to prevent a no-deal Brexit.

The SNP leader on Friday said she would support the Labour leader as a candidate for caretaker prime minister, though added she was “open minded” about who takes on the role.

The Scottish First Minister said she supports the Labour plan of bringing down Boris Johnson with a vote of no confidence and then securing a Brexit extension before an immediate general election.

But Labour would need vast cross-party support for the move to work, including from those among the Lib Dems’ 18 MPs, the Independent Group for Change (IGC) and the 21 exiled Tories.

Lib Dem leader Jo Swinson has called Mr Corbyn unfit to govern, and a party spokesman made clear on Friday that they do not believe he can win the backing of the Commons.

“The question of whether or not we would support Corbyn in an emergency government is futile. He does not command the support of the House,” a spokesman said.

“Liberal Democrats are clear that we need to bring people together and find a candidate that can command the support of the House, and to push this disgraceful Conservative Government out of office.”

IGC leader Anna Soubry told the PA news agency she was “disappointed” with the SNP for expressing their support, and pointed towards suggestions that expelled Tory veteran Ken Clarke should take on the role.

“It’s being made very clear to Jeremy Corbyn that he won’t be in Number 10 with the support of myself and (the four other IGC MPs) or the Liberal Democrats.”

Debate around how to prevent a no-deal is hotting up with the current October 31 deadline closing in.

The PM is obliged to ask for an extension if MPs do not back a deal by October 19, but he has repeatedly ruled out doing so following his “do or die” commitment for Brexit by Halloween.

Critics are concerned he will ignore the Benn Act compelling the extension, but Mr Johnson stresses that he wants to secure a new deal from Brussels.

Fears have been heightened following the Supreme Court judgment that the PM’s prorogation of Parliament as the deadline looms was unlawful.

Sir John Major warned that Mr Johnson could look to circumvent the terms of the Act by using Privy Council privilege to suspend the Act until after October 31 without involving the Queen.

Downing Street said it did not “recognise” those fears raised by the Tory former prime minister.

Mr Corbyn called in August for a no confidence vote followed by a temporary government under his leadership to secure an extension to Article 50 and then a general election.

Ms Sturgeon tweeted that she agrees with the plan.

“Nothing is risk-free but leaving Johnson in post to force through no deal – or even a bad deal – seems like a terrible idea to me,” she said.

She later clarified: “The point I’m making is not really about who it should be – I’m open minded on that – more that the opposition needs to unite behind a plan and act.”

Plaid Cymru are willing to back Mr Corbyn.

MP Jonathan Edwards said: “Our priority is to stop a disastrous crash out Brexit and to deliver a referendum, we will seek to work with anyone willing to do so.”

Opposition leaders working against a no-deal will again meet on Monday to discuss how to force Mr Johnson’s hand in applying for an extension.

They say they want an election, but will not back one until the risk of a deal-less departure has subsided.

The discussion of ousting Mr Johnson comes as he is under pressure over his use of language, with critics saying it is inflaming tensions and leaving MPs open to abuse and violence.

But the PM was unrepentant despite his former Cabinet colleague Amber Rudd, who quit the Tories in protest at Mr Johnson’s Brexit approach, adding to criticism.

“It’s the sort of language people think legitimises a more aggressive approach and sometimes violence,” she told the Evening Standard.

During a visit to a hospital, Mr Johnson continued to call the Benn legislation the “surrender act”, which opponents say conjures up images of being at war with the EU, rather than negotiating with allies.

Mr Barclay said the “moment of truth” in brokering a new deal is approaching to see if there is “political will on both sides”, as he reiterated opposition to the Irish backstop.

But Mr Barnier stressed that the Withdrawal Agreement must contain a fully operational solution to prevent a hard border on the island of Ireland, the European Commission said.