“Co-operation during the pandemic has faltered with too many people having to pay the price for the absence of joined-up decision-making," the former PM said. 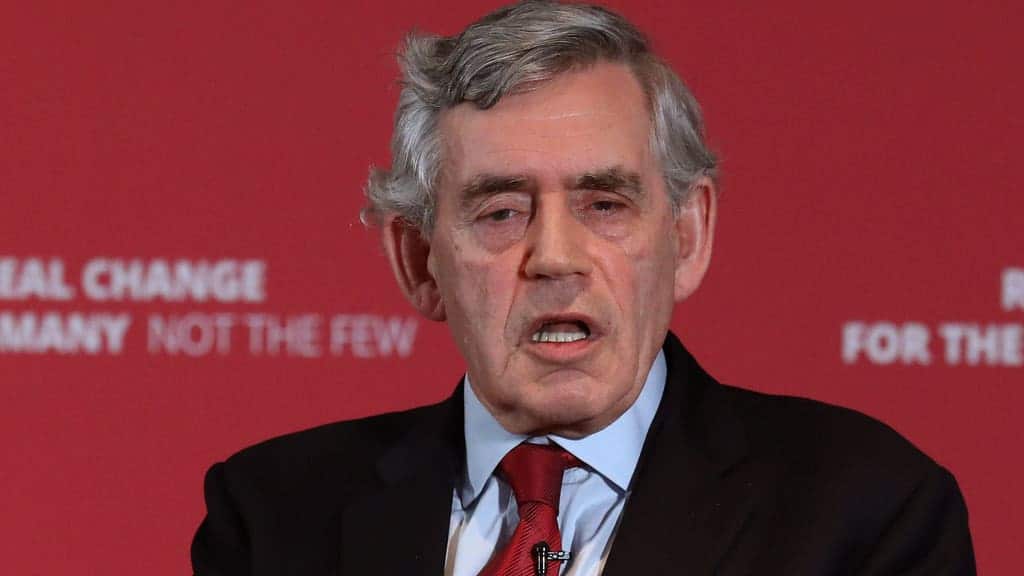 The coronavirus crisis has made the UK look “dysfunctional” at times due to a lack of co-operation between administrations, Gordon Brown has said.

In an article on devolution for the Scottish Fabians think tank, the former prime minister also said Boris Johnson risks becoming the “biggest recruiting sergeant for nationalism” due to his position on devolution.

Mr Brown authored part of a report for the Scottish Fabians which was released on Friday ahead of the results of the Scottish Labour leadership election.

The report says the Labour Party, in Scotland and across the UK, must find a way to articulate the purpose of the United Kingdom.

“State of the nation”

In a section of the report titled “state of the nation”, Mr Brown accuses Mr Johnson of undermining devolution with the post-Brexit Internal Market Act.

Mr Brown said: “If he continues in this manner, Boris Johnson risks becoming the biggest recruiting sergeant for nationalism and will lose any hope of persuading Scotland’s undecided voters to stay with the UK.”

He also said administrations around the UK had failed to work together through joint ministerial committees.

Mr Brown continued: “Co-operation during the pandemic has faltered with too many people having to pay the price for the absence of joined-up decision-making.

“At times Britain has looked like a dysfunctional state.

“While Scotland’s First Minister has attended some Cobra meetings on the pandemic there is no regular consultation between her and the Prime Minister.

“Instead, because of a failure to co-ordinate the machinery of government we are at the mercy of ad-hoc initiatives and informal conversations.

“This cannot be the basis of how two administrations work together.”

The former prime minister also said promises made by both the Conservatives and the SNP in their Growth Commission – the party’s economic blueprint for an independent Scotland – were “out of date” given recent events.

He called for new citizens’ assemblies and investigative committees of parliamentarians to look into claims made by both sides of the independence debate.

Mr Brown said: “Some may say that it is naive to think partisan MPs and MSPs can be trusted to provide a fair assessment, but if our newspapers and media do their job, and if the eyes of pressure groups and the general public are upon these investigations, such public scrutiny will force out the answers we need.

“They will compel our institutions to be fully accountable and will judge them harshly if they dodge the facts.”

A UK Government spokesman said: “We have been working closely with the devolved administrations at every stage of the pandemic – from providing business support, to rolling out the vaccine programme which has been an extraordinary success right across the UK.

“The Union is at the heart of everything the Government does and we are committed to delivering for all parts of the UK.”