"This is a slap in the face in the fight against sectarianism." 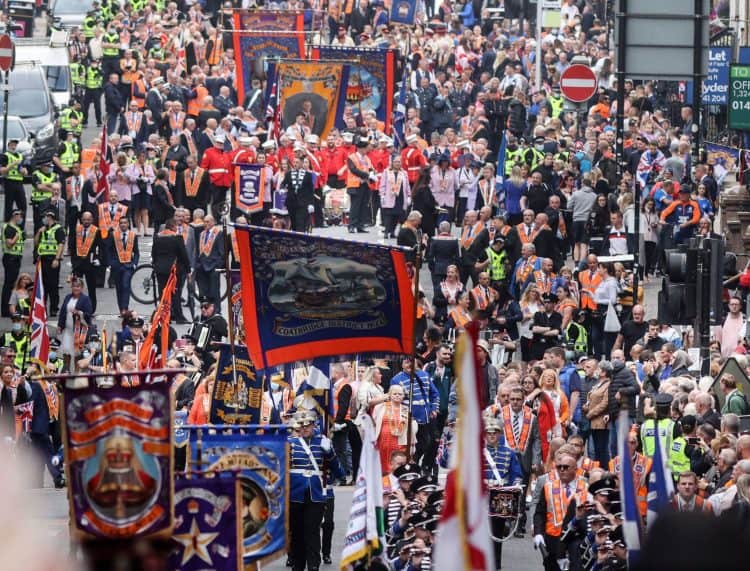 The former head of the Orange Order in Scotland should abide by Labour values if he is to run as a candidate in May’s council elections, leader Anas Sarwar has said. It comes as a video of him saying ‘no surrender’ to a rally has emerged on social media.

Henry Dunbar, who was previously the grand master of the organisation, will stand for the party in the Airdrie North ward on North Lanarkshire Council.

Mr Dunbar told the Herald this week he “liked” the values of Labour and those of Mr Sarwar and UK leader Keir Starmer.

Speaking to journalists on the final day of his first in-person conference as leader, Mr Sarwar refused to say he whether he is comfortable with Mr Dunbar’s selection as a candidate.

“Local candidates are selected by local parties,” he said.

“He has the support of his local party. I expect him to abide by those values and I would hope that not only does he abide by those values, but he expresses horror and outrage at any form of prejudice or hate, and that’s what I would expect from all of our candidates.”

It is understood that any move to remove Mr Dunbar from contention centrally could be a breach of equalities legislation.

The leader – who emphasised in an almost hour-long speech to the party’s conference on Friday the need for all members to stand up against prejudice – added: “Let me be absolutely unequivocal about this: I expect every single person who stands as a Labour candidate or who is a Labour Party member to be outright in their opposition to all forms of prejudice or hate.

“For too many people that is a real experience.

“I am robust on that – anybody that breaches those principles, I will not be willing to tolerate.”

He was filmed shouting ‘No Surrender’ in 2014

Related: Reaction pours in as Gavin Williamson, the twice-sacked minister who oversaw exams fiasco, is knighted