Bombs, Chinese flags, and F-22 jets: Donald Trump's suggestion for dealing with the Russian invasion of Ukraine is... quite something. 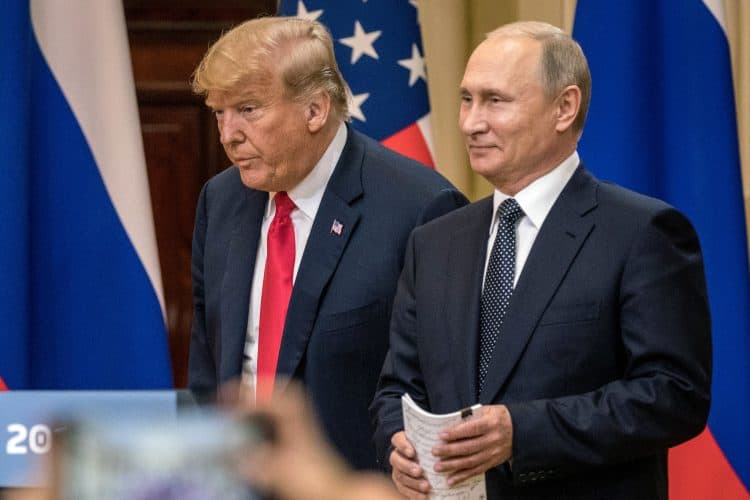 It’s fairly incredible that this man was the president for four years, and at this point, there’s not much more Donald Trump could say to surprise us. However, his latest off-the-cuff remarks have caused international shockwaves.

Donald Trump suggests ‘bombing the s***’ out of Russia

Trump, who was speaking at an event for donors to the Republican Party, turned his attentions to the Russian invasion of Ukraine. He appeared to support Vladimir Putin’s thirst for war last month, praising his decision to take military action as ‘genius’.

However, The Donald changed his tune dramatically last night. He told an adoring crowd that the conflict in Europe could be solved by ‘bombing the s*** out of Russia’ – as long as those bombs carried an image of the Chinese flag on them…

Trump mused to donors that we should take our F-22 planes, "put the Chinese flag on them and bomb the shit out" out of Russia. "And then we say, China did it, we didn't do, China did it, and then they start fighting with each other and we sit back and watch."

I can see why you might think he was joking, since the idea is batshit crazy. But you never know with Trump… https://t.co/c410hJEZDa

Biden told to ‘stand up to Putin’ by his predecessor

Trump’s ‘switch and bait’ plot was more of a tongue-in-cheek suggestion, but nonetheless, the words of a former president carry enormous weight. A joke like this, at such a sensitive time, may be seen as reckless in some circles.

Of course, it wouldn’t have been a proper Donald Trump speech without him tearing strips off the man who replaced him in the Oval Office. The former businessman implored Joe Biden to stop treating Russia with an alleged ‘soft touch’.

“At what point do countries say, ‘No, we can’t take this massive crime against humanity?’ We can’t let it happen. We can’t let it continue to happen. We have to have Biden stop saying that — and this is for everyone to hear — that we will not attack Russia ever because they are a nuclear power.”