The party claimed the investigation against Jess Barnard was launched in error while clearing a backlog. 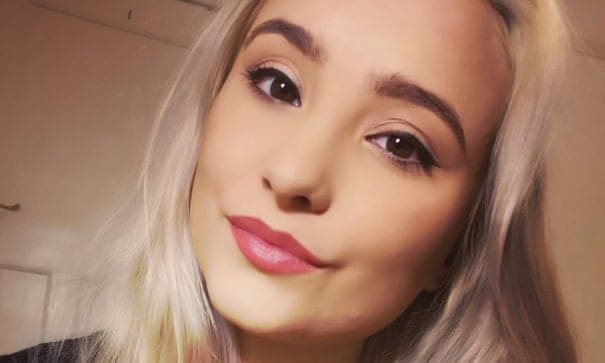 Labour has apologised for placing Jess Barnard, the chair of its youth wing, under investigation for “hostile or prejudiced” behaviour, claiming it was done in error.

Barnard was recently involved in a public row with Labour’s general secretary, David Evans, after the group was barred from participating in Labour’s annual conference later this month.

In a series of tweets, she revealed that Young Labour had not been given the support from Evans it needed to hold an event – and was told it would not be allowed to have Jeremy Corbyn as a speaker.

On Friday, Barnard received a letter instructing her she was under investigation for conduct that “may reasonably be seen to demonstrate hostility or prejudice based on age; disability; gender reassignment or identity; marriage and civil partnership; pregnancy and maternity; race; religion or belief; sex; or sexual orientation”.

A brief thread.
Thank you for the solidarity and messages of support, I really can't tell you how much I appreciate them after the past few weeks. I hope you can understand I am not at present free to discuss the investigation.

Documents seen by newspapers showed that the investigation related to two tweets from last year. In one, Barnard said she was blocking “Terfs” – shorthand for “trans-exclusionary radical feminists”.

Another tweet was directed at a Labour councillor, saying: “I just won’t be intimidated into giving transphobes energy.”

Labour targeted its most prominent young member for supporting trans rights – whilst embracing bigots in its ranks – and then U-turned after a social media backlash.

What a total shambolic mess.https://t.co/N4S3UVILL9

But the investigation was rescinded soon after it emerged, with officials saying it had been issued by mistake while the party was seeking to clear a mass of complaints.

A Labour spokesperson said: “We apologise unreservedly to Jess for the hurt and upset this has caused.”

In an email to Labour NEC members after the initial notice of investigation, Barnard noted that it had been sent to her at 1am. She added that there was “no discrimination” in the evidence presented by the party.

This is not a joke, but deadly serious.

Here is her letter sent to NEC members – passed to me – and here are the tweets she’s being investigated for. pic.twitter.com/qnzcC0fLWm

Momentum co-chair Gaya Sriskanthan told LabourList: “This is a new low. Transphobia is a serious problem in both Labour and wider society – we should be investigating those with a track record of discrimination, not the people standing up to them.

“This is part of an emerging pattern of political harassment and intimidation of members that is making a mockery out of the party’s disciplinary process.”