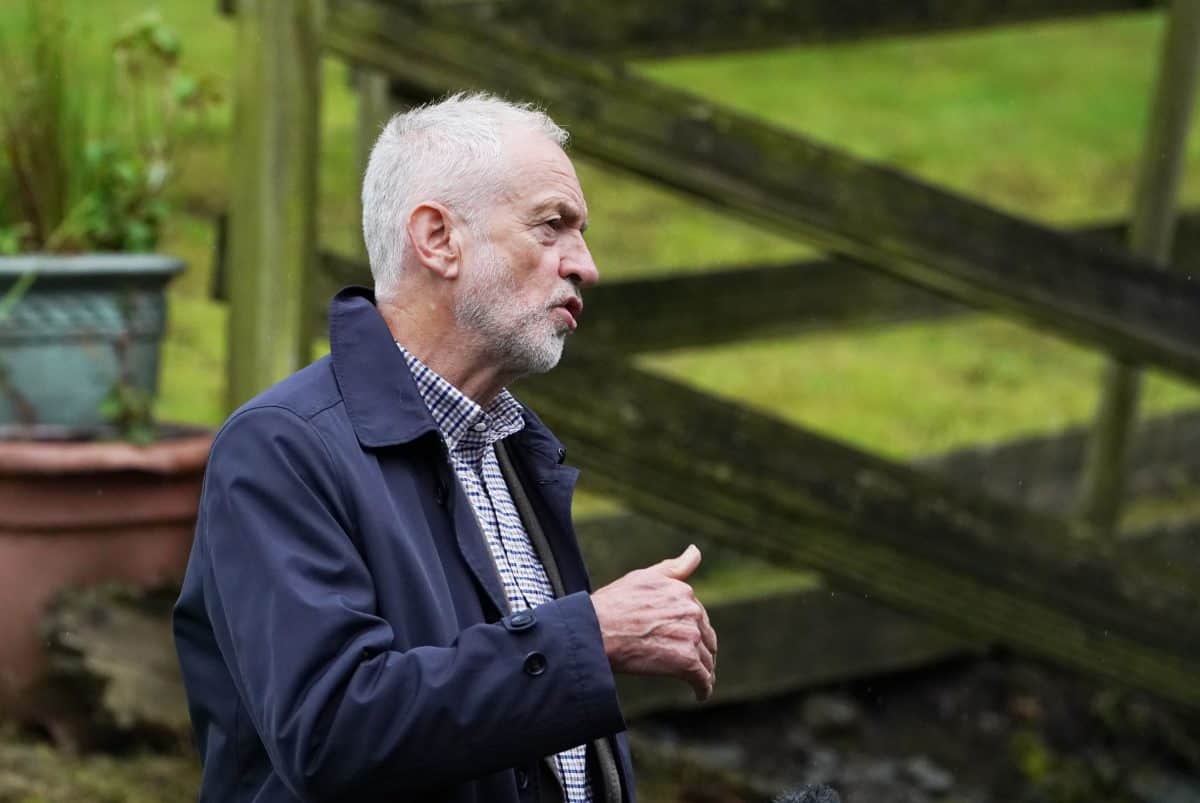 Prescription charges will be abolished in England if Labour enter government, the party has announced.

Shadow health secretary Jonathan Ashworth used a speech at the party’s conference to set out the policy which would bring England in line with the rest of the UK.

Prescriptions are currently free for patients living in Scotland, Wales and Northern Ireland, but cost £9 per item for those in England who do not qualify for an exemption.

The party said the fees can be a burden for people with long-term conditions such as asthma and chronic kidney disease who can spend up to £104 a year on medication – and pointed to research which suggested the charges put people off collecting prescribed medicine.

He added: “Healthcare is a human right. People should not be forced to worry about the cost of their medicines.

“Bringing England in line with the rest of the UK by scrapping prescription charges for everyone is simple common sense and part of our plans to expand and upgrade our public services for the many, not the few.”

Mr Ashworth, who received a standing ovation from members for the announcement, highlighted the death of 19-year-old Holly Worboys.

He told delegates: “Holly died when struck down by an asthma attack.

“She didn’t have a full inhaler because she couldn’t afford one. I cannot possibly imagine the heartbreak her family must have gone through.

“But I do know this – people shouldn’t have to pay to breathe.

Ahead of his speech, Mr Ashworth said the NHS could save £20 million a year if they lifted prescription charges for people with Parkinson’s disease and inflammatory bowel disease.

“Labour made prescriptions free for people with cancer in 2008. The Tories have done nothing and exempt conditions have been otherwise unchanged for 50 years.

“People with Addison’s disease, chronic kidney disease, strokes, heart failure and a host of other long-term conditions must still pay for their medicine. In government, Labour will simply make all prescriptions free of charge.”

The proposal was welcomed by campaigners including the Prescription Charges Coalition.

Its chairman, Lloyd Tingley – who is also policy and campaigns adviser at Parkinson’s UK, said: “We are thrilled to see Labour’s commitment to abolishing the unfair prescription charge for people with long-term conditions.

“For too long, people with conditions like Parkinson’s have been forced to skip the essential medication they rely on because of cost, which can have a disastrous impact on their health.

“Scrapping the outdated system will not only end the unfair postcode lottery for people in the UK, but will also enable people to manage their conditions better and remove the unnecessary stress.

“However, while we welcome the announcement from Labour, it is vital that all other parties follow suit and pledge to remove the financial barrier of prescription charges for those with long-term conditions.”

Asthma UK’s chief executive Kay Boycott said: “We have been campaigning hard for years to stop the unfair prescription charges for people with asthma that are putting them at risk of having a life-threatening asthma attack, so it is hugely heartening that our concerns have been heard and the Labour Party has now committed to scrapping prescription charges for everyone in England.

“An estimated 1.3 million people with asthma have cut back on their medication because of the cost, which puts them at risk of a potentially life-threatening asthma attack. Hundreds of nurses have seen their patients have asthma attacks or need emergency treatment because they can’t afford to pay their prescriptions.

“This is unacceptable and unfair. No one should have to pay to breathe.”