Tanmanjeet Singh Dhesi MP accused ministers of flouting their own rules while the public were forbidden from mourning family members. 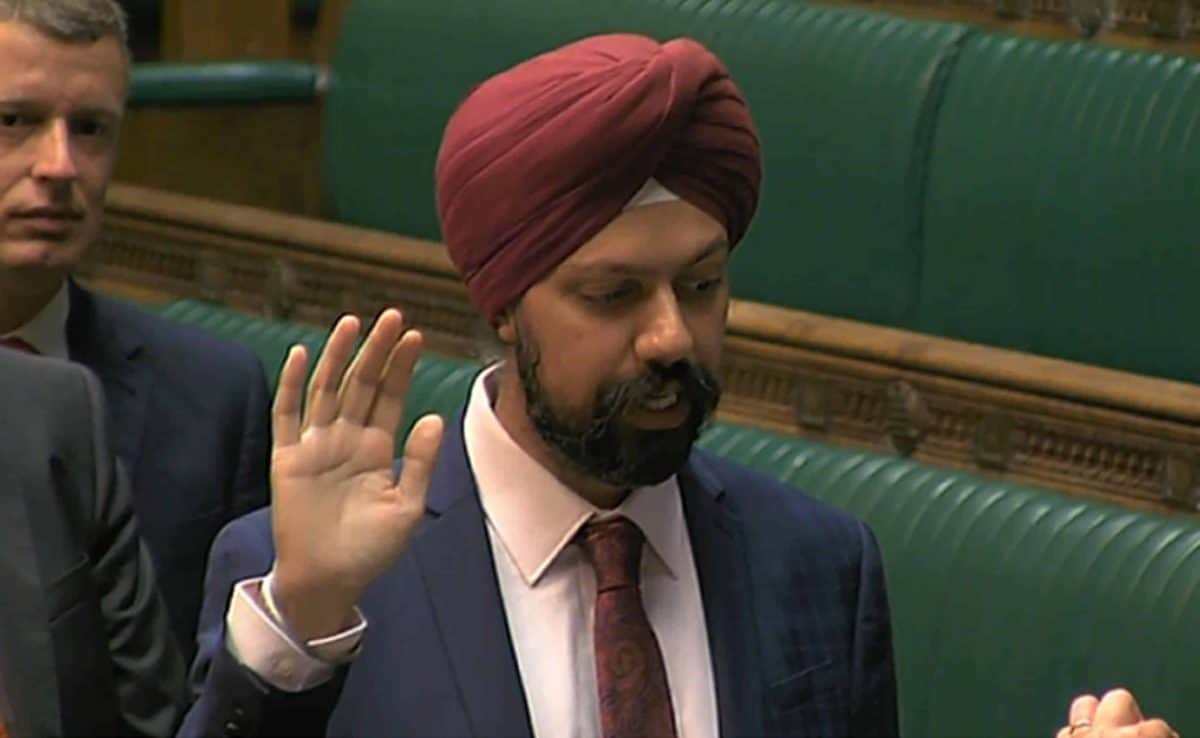 Boris Johnson has been forced to apologise for alleged double standards after a Labour MP revealed he was unable to mourn properly three Covid-related family death while ministers “shamelessly flouted” lockdown rules.

In an emotional speech, Tanmanjeet Singh Dhesi – the MP for Slough – condemned Johnson’s hypocrisy during PMQs amid ‘stay at home’ messaging in earlier incarnations of lockdown, saying: “It’s one rule for him and his elite chums, and another for the rest of us plebs.”

So many of us have had to endure the agony of heartbreakingly painful personal sacrifices during the pandemic, just to comply with Government guidance.

So it simply cannot be one rule for the Prime Minister and his elite chums, and another rule for the rest of us! pic.twitter.com/8Oz852yQmD

He said: “My grandmother, whom I loved dearly, was lying on her hospital deathbed and none of us were allowed to be there so comfort her in her final moments. I couldn’t even carry her coffin on my shoulders.

“I also had to endure the agony of watching alone online the funeral of my uncle, and we were not there to comfort my brother in-law’s father who had somehow contracted Covid in a Slough care home during his final moments. All this because we followed government guidance.

“Having experienced such painful personal sacrifice, like many others, imagine our collective disgust, when in order to curry favour with the prime minister’s chief adviser, we see sycophantic, spineless, hypocritical government ministers lining up to defend the indefensible.”

Dominic Cummings’ famed drive to Barnard Castle to supposedly test his eyesight on 12 April last year was a point of particular frustration for the Slough MP after Johnson failed to sack him for breaking lockdown rules.

Dhesi said: “When is the PM finally going to apologise to the nation for not mustering up some courage and integrity for doing the honourable thing and sacking his chief adviser who so shamelessly flouted his own government guidance so that he could have regained that public trust and confidence?”

Johnson went on to apologise to those who were not able to mourn the deaths of loved ones in compliance with lockdown restrictions, but failed to pass comment on his defence of Cummings’ illegal behaviour.

“The best thing I can say is how deeply I, the government, everybody sympathises with those who have gone through the suffering described and anyone who has not been through something like that can imagine what it must feel like to be deprived of the ability to mourn properly and to hold the hands of a loved one in their last moments.

“We have tried throughout this pandemic to minimise human suffering, to minimise loss of life.

“I apologise for the suffering that the people of this country have endured.”

Where are we now?

The UK has recorded 128,000 deaths since the start of the pandemic, accounting for the second highest death toll in Europe after Russia.

Despite fewer deaths being recorded in light of the success of the vaccine roll-out, hospital admissions have more than doubled in comparison to the rate seen four weeks ago.

Two doses of the AstraZeneca vaccine are estimated to be 92 per cent and Pfizer 96 per cent effective against hospitalisation with the Delta variant.