Mr Corbyn told an audience in Northampton: “Labour trusts the people to decide.” 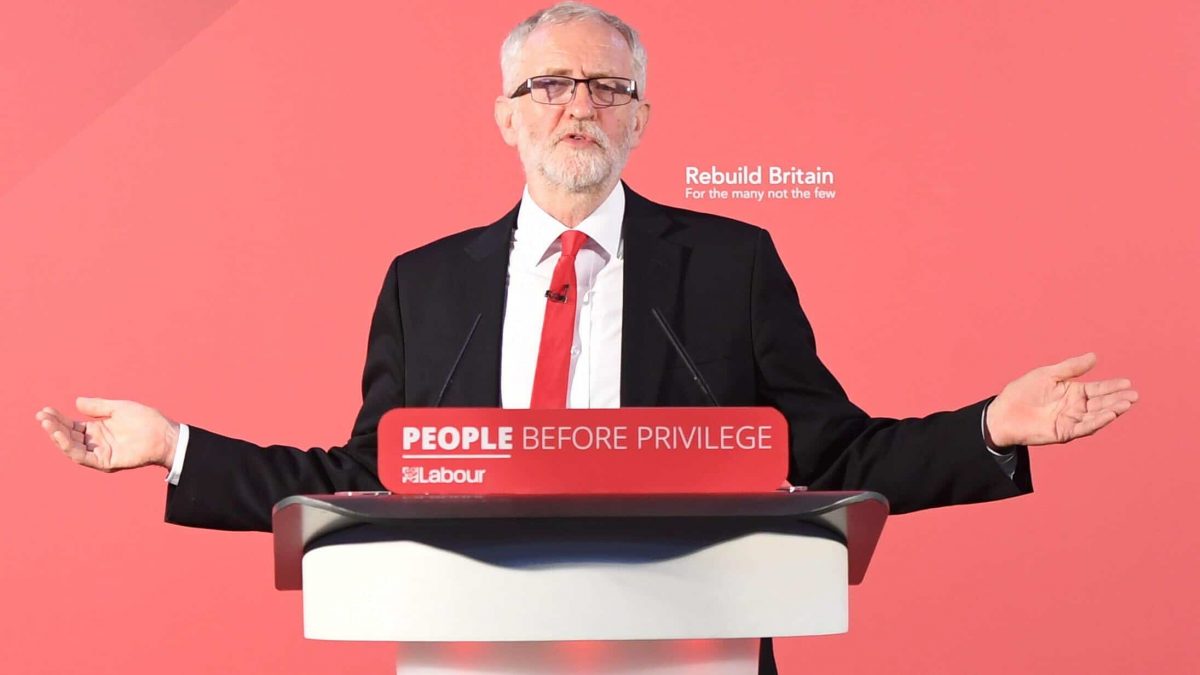 Labour would “immediately legislate” to hold a second referendum if the party wins the next election, leader Jeremy Corbyn has confirmed.

Mr Corbyn told an audience in Northampton: “Labour trusts the people to decide.”

The Opposition leader was setting out his “alternative” to the Queen’s Speech that Boris Johnson will ask the monarch to deliver on Monday.

Mr Corbyn said the PM’s decision to hold a Queen’s Speech before an election was a “cynical stunt” and he would not be able to put forward legislation with a “majority of minus 45”.

“Johnson is using the Queen to deliver a pre-election party political broadcast for the Conservative Party,” said Mr Corbyn.

Speaking about his party’s own plans for power, he described the leadership’s Brexit position as “simple” and vowed to “carry out whatever the people decide”.

He said: “The first task of a Labour government will be to finally get Brexit sorted.

“After three years of Tory failure, it’s time to take the decision out of the hands of politicians and let the people have the final say.

“Within three months of coming to power, a Labour government will secure a sensible deal, based on the terms we have long advocated and discussed with the EU, trade unions and businesses, including a new customs union, a close single market relationship and guarantees of rights and protections.

“Within six months of being elected, we will put that deal to a public vote alongside Remain.”

“Only party that can and will deliver a public vote”

The Islington North MP said Labour was the “only party that can and will deliver a public vote”.

His position is starkly different to that of the Prime Minister, with Mr Johnson having continually promised to deliver Brexit by October 31 – even if that means leaving without a deal.

The Conservative Party leader has said he will comply with the Benn Act, which calls on the PM to request a Brexit extension to avoid no deal, but also said he will stick to the Halloween deadline.

Mr Corbyn said it was such utterances that were preventing Labour from backing the PM’s calls for a general election, despite “champing at the bit” for a chance to campaign for government.

The Prime Minister has form

In a message to Mr Johnson, he said: “Prime Minister, we can’t trust you not to break the law because you’ve got form.

“We can’t trust you not to use the period of an election campaign to drive our country off a no-deal cliff edge that will crash our economy, destroy jobs and industries, cause shortages of medicine and food and endanger peace in Northern Ireland.

“So it’s simple – obey the law, take no deal off the table and then let’s have the election.”

Mr Corbyn laid out the proposals he would bring about if elected to Number 10, confirming extra infrastructure investment, immediate minimum wage rises and shares in wind farms to tackle climate change.

The speech set out plans for:

Mr Corbyn said: “The alternative Queen’s Speech I’ve set out today is the most transformative, radical and exciting programme ever put before the British electorate.

“This is Labour’s plan to change our country, it’s the real thing, not the pale imitation offered by Boris Johnson and his Conservative Party.”

Related: Britain has turned against Brexit – biggest ever poll of polls says