The business secretary also called on the standards commissioner, Kathryn Stone, to resign in a car-crash interview. 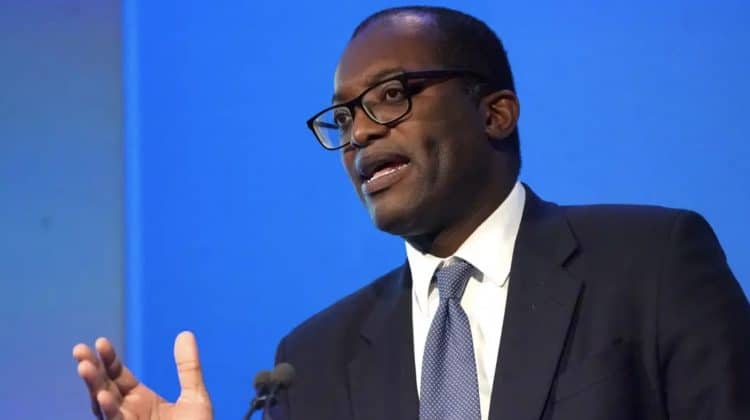 Kwasi Kwarteng admitted he does not feel shame “at all” – and suggested the standards commissioner should quit – after Tory MPs protected a senior Conservative from suspension, only for the government to hang him out to dry hours later by performing a screeching U-turn.

Speaking to Sky News, the business secretary faced outrage on Thursday for suggesting Kathryn Stone should resign in the wake of her damning investigation into former minister Owen Paterson.

“I think it’s difficult to see what the future of the commissioner is, given the fact that we’re reviewing the process, and we’re overturning and trying to reform this whole process, but it’s up to the commissioner to decide her position,” he said.

Pushed on what he meant by “decide her position”, Kwarteng said: “It’s up to her to do that. I mean, it’s up to anyone where they’ve made a judgment and people have sought to change that, to consider their position, that’s a natural thing, but I’m not saying she should resign.”

Stating it was a “dark day for democracy”, presenter Kay Burley stopped him whilst he was “getting into all the technicalities”, saying: “Frankly my viewers don’t care at all, what they care about is that the government was telling MPs which way they had to vote.”

She added: “In fact, when the result came through, many of them were shouting ‘shame’. Do you feel shame this morning?” Kwarteng responded: “I don’t feel shame at all.”

It comes after MPs voted by 250 to 232, with a majority of 18, to approve an amendment to consider reforming the House of Commons standards system. The move prevented the immediate suspension of the Conservative former minister Owen Paterson.

Tories were ordered not to back the cross-party Standards Committee’s call for the North Shropshire MP to be suspended from Parliament for 30 sitting days after it found he repeatedly lobbied ministers and officials for two companies paying him more than £100,000 per year.

But, faced with a stinging backlash, the government U-turned on the measures on Thursday morning, with Jacob Rees-Mogg admitting the move had “created a certain amount of controversy”.

The Commons leader said the vote had “conflated the individual case with the general concern” that there was not an appeals process for MPs unhappy with the punishment they faced.

Angela Rayner, Labour’s deputy leader, said the Tories had voted to “give a green light to corruption” after MPs lined up to protect Paterson.

“Labour will not be taking any part in this sham process or any corrupt committee,” she said, adding: “The Prime Minister, Conservative ministers and MPs have brought shame on our democracy.”

After the vote, Paterson thanked his colleagues for “ensuring that fundamental changes will be made to internal Parliamentary systems of justice.”

“All I have ever asked is to have the opportunity to make my case through a fair process. The decision today in Parliament means that I will now have that opportunity.

“I hope that no other MP will ever again be subject to this shockingly inadequate process.”