“While it was not broadcast that word in any context is beneath the standards I set myself", the broadcaster said. 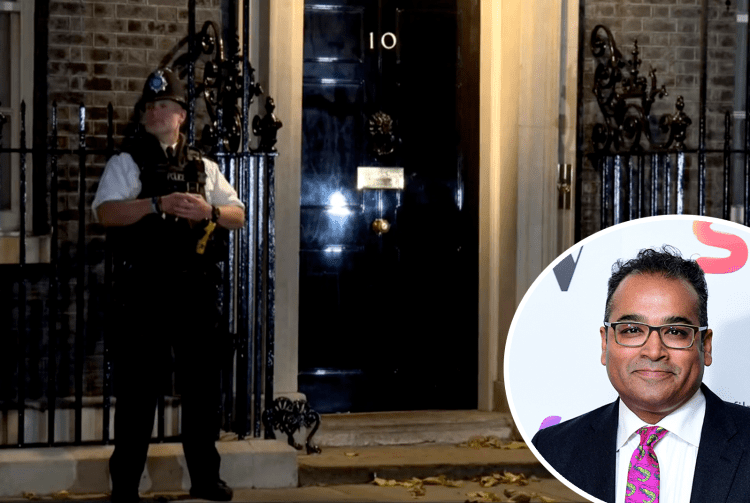 Channel 4 newscaster Krishnan Guru-Murthy has apologised “unreservedly” to Northern Ireland minister Steve Baker after swearing at him in an “unguarded moment”.

The broadcaster said the remark followed a “robust interview” with Mr Baker but it was “beneath the standards I set myself”.

It comes after yet another tumultuous day in Westminster which saw Suella Braverman resign as home secretary.

During an off-air moment after his exchange with Mr Baker, Guru-Murthy was heard to say “what a c***”.

He later tweeted: “After a robust interview with Steve Baker MP I used a very offensive word in an unguarded moment off air.

“While it was not broadcast that word in any context is beneath the standards I set myself and I apologise unreservedly.

“I have reached out to Steve Baker to say sorry.”

“I had an interview earlier with a journalist I don’t have a great deal of regard for who I felt was misrepresenting the situation through the construction of his question, which I called out, I think live on air, or I thought it was a pre-record,” he said.

“And he clearly didn’t like that, quite right, too. But I’d be quite honest, I spent a long time live on air, calling him out on his conduct as a journalist and glad to do so any time.

“But it’s most unfortunate that he’s sworn on air like that. If it’s in breach of his code of conduct, I do hope they sack him – it would be a service to the public.”

Baker later replied to Guru-Murthy’s tweet, accepting the apology and saying he “appreciated” the gesture.