Brexit minister Lord Frost used a speech on Saturday to warn that difficulties over the deal risked creating “cold mistrust” with the European Union. 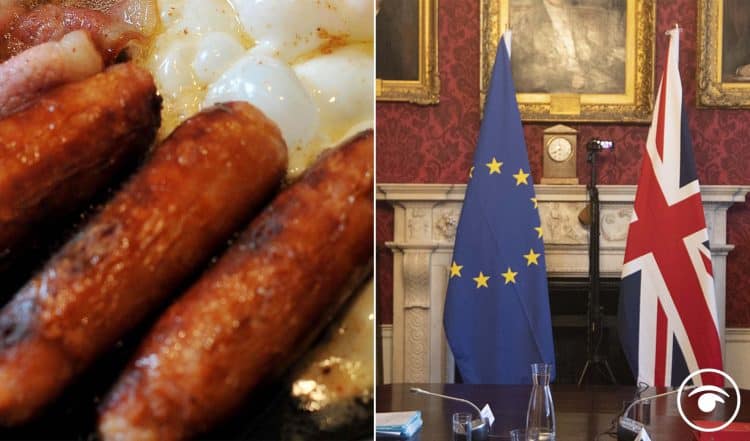 The implementation of full post-Brexit checks on goods crossing from Great Britain to Northern Ireland is set to be delayed further as talks continue between the UK Government and European Union.

An announcement on the extension of grace periods allowing a range of products, including sausages, to continue being shipped across the Irish Sea could come as soon as Tuesday.

Sausage shipments could have been halted when the current extension to the grace period expires at the end of September.

Downing Street hinted that an announcement on a further extension would come soon, meaning the truce in the so-called “sausage war” with Brussels will continue.

“We will provide an update to Parliament on standstill arrangements very shortly,” the Prime Minister’s official spokesman said.

“We have previously set out the importance of providing certainty for businesses and citizens through the standstill arrangements so that we can have the space for our discussions with the EU.”

The Northern Ireland Protocol effectively keeps Northern Ireland in the EU’s single market for goods, avoiding a hard border with Ireland at the extent of additional bureaucratic barriers for goods crossing from Great Britain.

“I think there is a high probability that it will happen, we are certainly open to it,” he told BBC Radio 4’s Today.

Mr Varadkar said he expected the EU would agree to an extension in order to allow “deep and meaningful” talks about the protocol.

Brexit minister Lord Frost used a speech on Saturday to warn that difficulties over the deal risked creating “cold mistrust” with the European Union.

He has called for Brussels to accept a “substantial and significant change” to the arrangements.