"How is this a debate", one person said after guests played a familiar conveyer belt game. 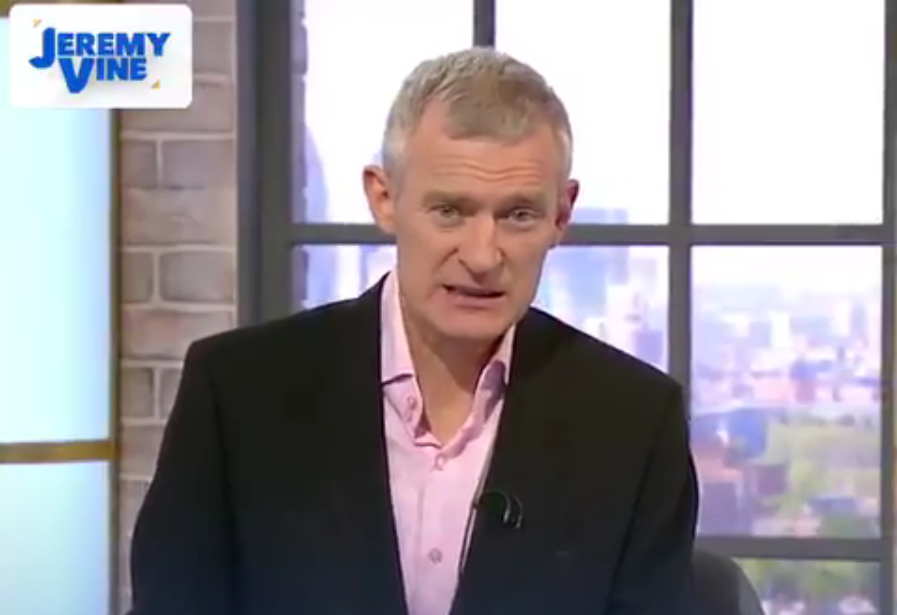 The Jeremy Vine show attempted to answer one of the big questions of our generation on this morning’s show.

Using a ‘strangely familiar conveyer belt game’, the breakfast show host set out to determine whether shortages of certain products in the UK have been caused by Brexit.

McDonald’s milkshakes, children’s toys and IKEA mattresses made their way along a makeshift belt, which are all reportedly in short supply.

Vine giggled whilst discussing beer, saying “Wetherspoons had to apologise to customers after they couldn’t get their supply of beer,” as pints of Carling and Coors dry up across the Brexiteer’s bars.

He then added: “Then the winemaker Hardy is saying he’s got problems with staff shortages, the barrels are dry.”

The TV presenter then concluded with flu jabs delays, tissues supplies and bed linen shortages causing trouble for hotels across the country.

Twitter users were quick to react to the segment as they offered up their views on the big debate.

“Though hard for people to accept being mis-sold a fantasy by incompetent charlatans and opportunists. Leave wouldn’t win today,” he added.

And another user said Brexit is “undoubtedly a contributing factor” and it would be “absurd to pretend otherwise”.

“The EU is our biggest, nearest market… disrupting it was always going to add complexity and costs,” he added.