The Labour leader said he feared for his young children following the remarks made in parliament. 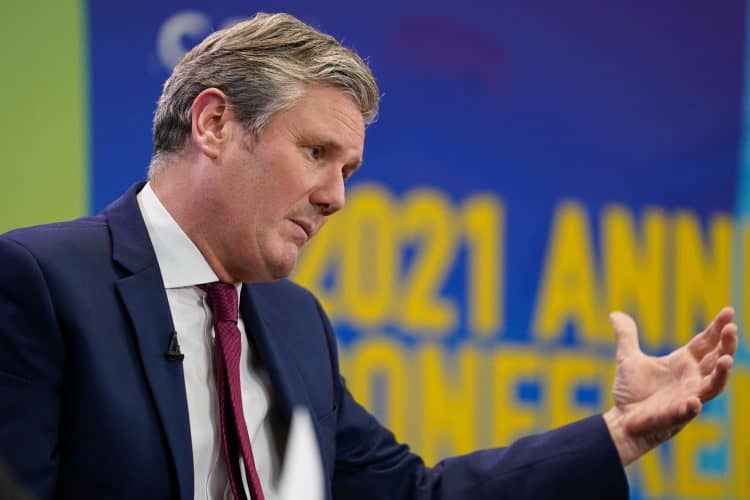 Boris Johnson falsely claimed that the Labour leader had failed to prosecute the sex offender when he was head of the Crown Prosecution.

Since then, Starmer has been mobbed outside parliament and has received online threats that have now been handed to the Met Police for investigation.

“I have got young children”

“I do not like talking about this because I have got young children,” Sir Keir told BBC Radio Newcastle on Monday.

Documents, including messages from users of the Telegram app, were sent to Scotland Yard by the Centre for Countering Digital Hate (CCDH) on Friday.

A Metropolitan Police spokesman said: “On Friday February 11, police received a third party report relating to allegations of malicious communications made against a serving Member of Parliament.

“An investigation is ongoing.”

No arrests have yet been made.

A Labour source said: “Of course extremists of all stripes don’t like Keir – he spent years helping to put them and their ilk in prison and keep Britain’s streets safe from them.”

Although Sir Keir was head of the Crown Prosecution Service in 2009 when a decision was taken not to prosecute Savile, he had no personal involvement in the deliberations.

In an interview with The Times, Sir Keir said he had never been called a “paedophile protector” before.

He added: “If others want to argue that this is unconnected with precisely what the Prime Minister said one week before then let them make that case. But they’ll never persuade me that there is no link.”