He said the situation facing Labour was ‘abysmal’ because voters ‘can’t stand Corbyn’ and think the party has ‘blocked Brexit’. 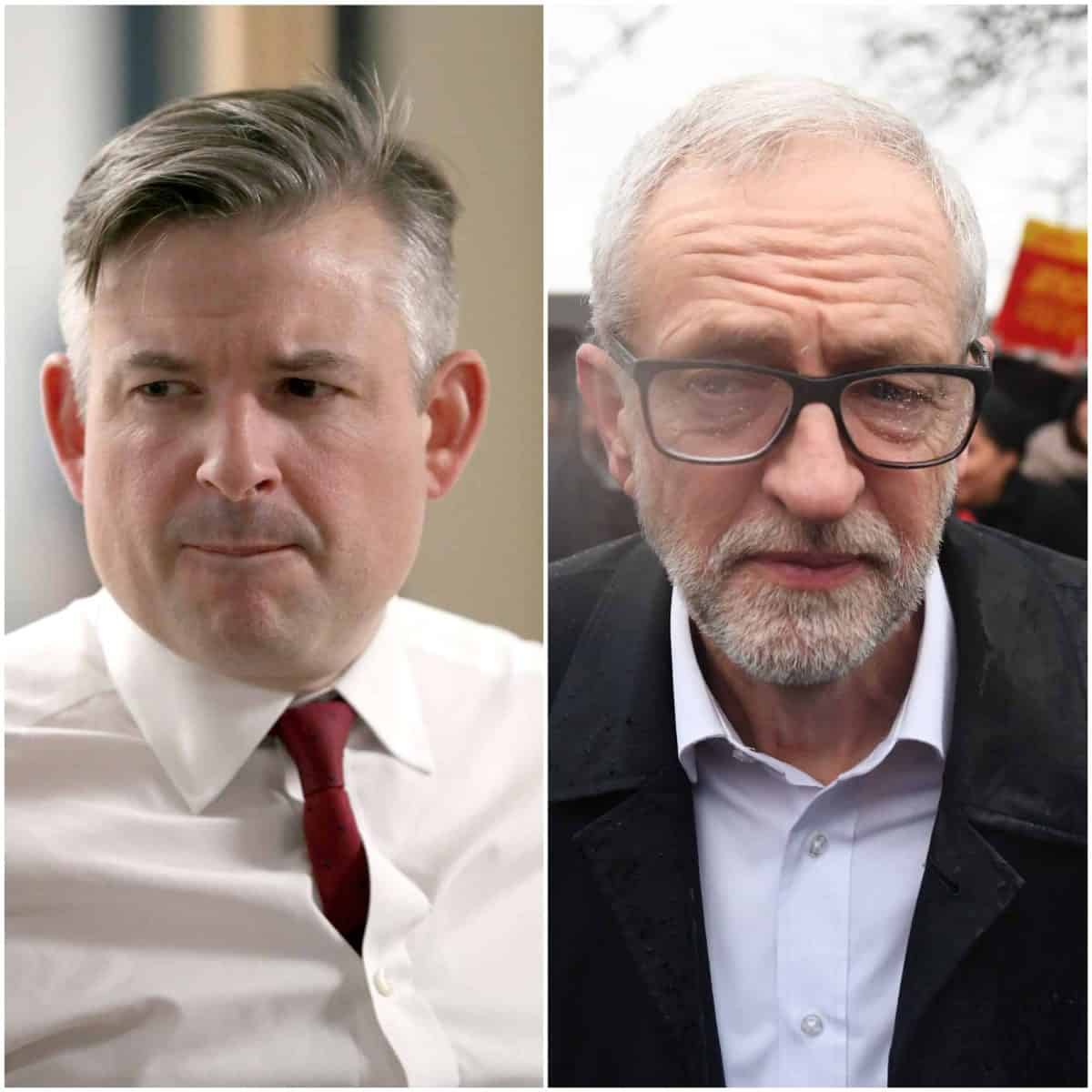 A shadow cabinet minister has dismissed as “banter” leaked comments in which he criticised Jeremy Corbyn and said a Labour majority at the election was not going to happen.

Jonathan Ashworth conceded that the leak made him “look like a right plonker”, but said he made the remarks while “joking around” with Tory friend Greig Baker.

In the explosive recording published by the Guido Fawkes website, the shadow health secretary said he thought the civil service machine would “pretty quickly move to safeguard security” if Mr Corbyn entered Number 10.

And he said party MPs “f***ed it up” in 2016 in their attempt to remove the Labour leader, saying they “went too early”.

Appearing on the BBC’s Victoria Derbyshire show minutes after the recording was published, he insisted he did not mean what he said, telling the show: “We’re having banter with each other – we’re joking around.

“No I don’t mean it because I’m joking around with my mate because he’s a Tory… If you leak it to Guido Fawkes of course it makes me look like a right plonker but it’s not what I mean when I’m winding up a friend – I’m trying to sort of pull his leg a bit.”

Tory Party chairman James Cleverly said the remarks were an “honest and truly devastating assessment” of Mr Corbyn’s leadership “by one of his most trusted election lieutenants”.

It came as criticism over the Prime Minister’s apparent lack of empathy for a four-year-old boy left sleeping on a hospital floor because there was no bed available continued to dominate the Tory campaign.

Tory strategists will hope their prospects of securing an overall majority have not been dented by the row which blew up over the treatment of Jack Williment-Barr at Leeds General Infirmary.

A photograph widely circulated on social media showed the boy lying on a pile of coats to keep warm while he waited for a bed for treatment for suspected pneumonia.

Questioned by ITV News, Mr Johnson initially refused to look at the photo on the reporter’s phone before taking the phone and putting it in his pocket.

Today saw concerted attempt by Labour activists to intimidate me and my team.

This is completely unacceptable at any time, particularly around an election.

We will not be daunted. We must defeat this aggressive intimidation.

The best way to do that is #VoteConservative

Health Secretary Matt Hancock was dispatched to the hospital in an attempt to defuse the growing media firestorm.

However his appearance prompted further recriminations following claims his aide had been punched by a Labour Party activist.

Labour accused the Tories of “bare-faced lying” after video footage of the incident posted online showed only the arm of a protester accidentally brushing against the aide’s face.

Mr Corbyn claimed reports of the incident show what “media bias looks like”, tweeting: “This never happened. Invented by the Tories to divert your attention from a child having to lie on a hospital floor; reported by media that didn’t bother to check if it was true.”

Meanwhile The Daily Mirror carried a fresh picture of a nine-month-old baby girl who was forced to wait on a chair for six hours at the Countess of Chester Hospital near Ellesmere Port because there was no bed available.

In an election campaign largely devoid of significant slip-ups, it will heighten concern among Conservatives that they remain vulnerable in the face of concerted tactical voting by opponents of Brexit.

Justice Secretary Robert Buckland sought to defend Mr Johnson’s handling of the situation, telling BBC Radio 4’s Today programme: “There will come moments where you’re suddenly sprung with something and it’s difficult to know exactly what is happening.”

Asked about the inaccurate Tory media briefing about a punch, he said: “I don’t know who briefed what to whom and I have seen the footage… what I saw was a very confusing scene of public disorder.

“People who had clearly organised themselves to come along, create trouble and mischief, the sort of disorderly conduct I’m afraid from the left that we’ve seen in this campaign. It’s not a way to conduct civilised politics, people were shouting and gesticulating towards Matt Hancock and his team.”

Elsewhere, Mr Corbyn dismissed claims that he is a “problem on the doorstep”, saying it is not a “presidential election”.