Plans for a £250 million successor for the Royal Yacht Britannia were announced by Boris Johnson, but have been scrapped under Rishi Sunak. 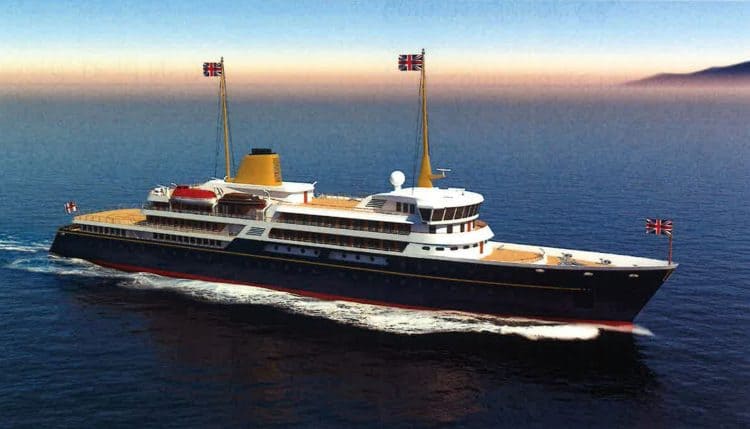 A £250 million scheme to create a successor to the Royal Yacht Britannia has been scrapped as part of a squeeze on government spending.

The national flagship plan was sunk by Rishi Sunak’s administration as Whitehall braced for cuts in the November 17 autumn statement by Chancellor Jeremy Hunt.

The plan was championed by Boris Johnson when he was prime minister, but has faced criticism from MPs at a time when there are other priorities for defence spending.

Defence Secretary Ben Wallace told MPs he was prioritising the procurement of the multi-role ocean surveillance ship (MROSS) instead of the flagship.

“In the face of the Russian illegal and unprovoked invasion of Ukraine and (Vladimir) Putin’s reckless disregard of international arrangements designed to keep world order, it is right that we prioritise delivering capabilities which safeguard our national infrastructure,” he said.

That meant he had “also directed the termination of the national flagship competition with immediate effect to bring forward the first MROSS ship in its place”.

Mr Wallace told MPs the MROSS would “protect sensitive defence infrastructure and civil infrastructure” and “improve our ability to detect threats to the seabed and cables”.

Shadow defence secretary John Healey welcomed the news that the “previous prime minister’s vanity project” has been scrapped and the spending switched to “purposes that will help defend the country”.

The vessel had been expected to be constructed in the UK and take to the water in 2024 or 2025, and would have toured the world as a “floating embassy”.

But the Daily Telegraph, which has been campaigning for a replacement for Britannia, reported that the two private consortia bidding for the work were told on Monday morning that the project is being axed.

The Commons Defence Committee warned in 2021 that there was “no evidence of the advantage to the Royal Navy of acquiring the national flagship” and that the initial expenditure of around £250 million, combined with the £20–30 million a year running costs and providing a crew, would pile extra pressure on the senior service.