The comments from Douglas Ross came as the Prime Minister’s spokesman said he had full confidence in Sir Gavin Williamson. 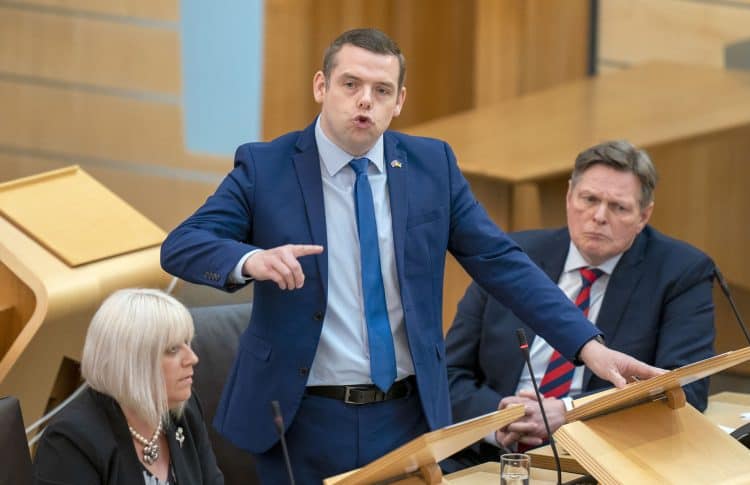 The leader of the Scottish Tories has said he would sack one of his frontbenchers if they sent angry texts to a colleague.

Messages sent by Sir Gavin Williamson to former Tory chief whip Wendy Morton over invitations to the Queen’s funeral were published by the Sunday Times with Prime Minister Rishi Sunak saying they were “not acceptable or right”.

In one of the messages, the minister, who was brought back into government after a stint on the backbenches by Sunak when he took office, said: “Well let’s see how many more times you f*** us all over. There is a price for everything.”

It also emerged that the Prime Minister knew Sir Gavin was under investigation for the messages when he took office, but he did not know the “substance” of the messages.

In a break from the party line, Douglas Ross said he would sack a frontbencher at Holyrood if they were found to have sent such messages.

Speaking to Times Radio, he described the messages as “not acceptable”.

When asked if he would sack one of his party’s spokespeople at Holyrood, the Scottish Tory leader said: “Yes.”

He added: “They wouldn’t be in my front bench with the language that was being used, but I understand the Prime Minister has said there’s an investigation underway,” he added.

“I don’t know all the details, but I’ve seen the messages. I wouldn’t expect that from my colleagues in Holyrood.”

“We all, as representatives, are elected to Parliament at Holyrood or Westminster to ask questions, to respond to constituents – I’m sure he’s got an excellent team that can do some of that work while he is away – but I think it’s totally the wrong priority,” the Moray MP said.

Ross added that he does not think Hancock will achieve the “reach to new voters” he had said he wanted to achieve, claiming that anything interesting about politics he said while on the show would likely be “cut out”.

Meanwhile, Ross said “I hope so”, when asked if he thought he would ever become First Minister.