The prime minister intervened as the UK vowed to defy the Kremlin and continue travelling through the region. 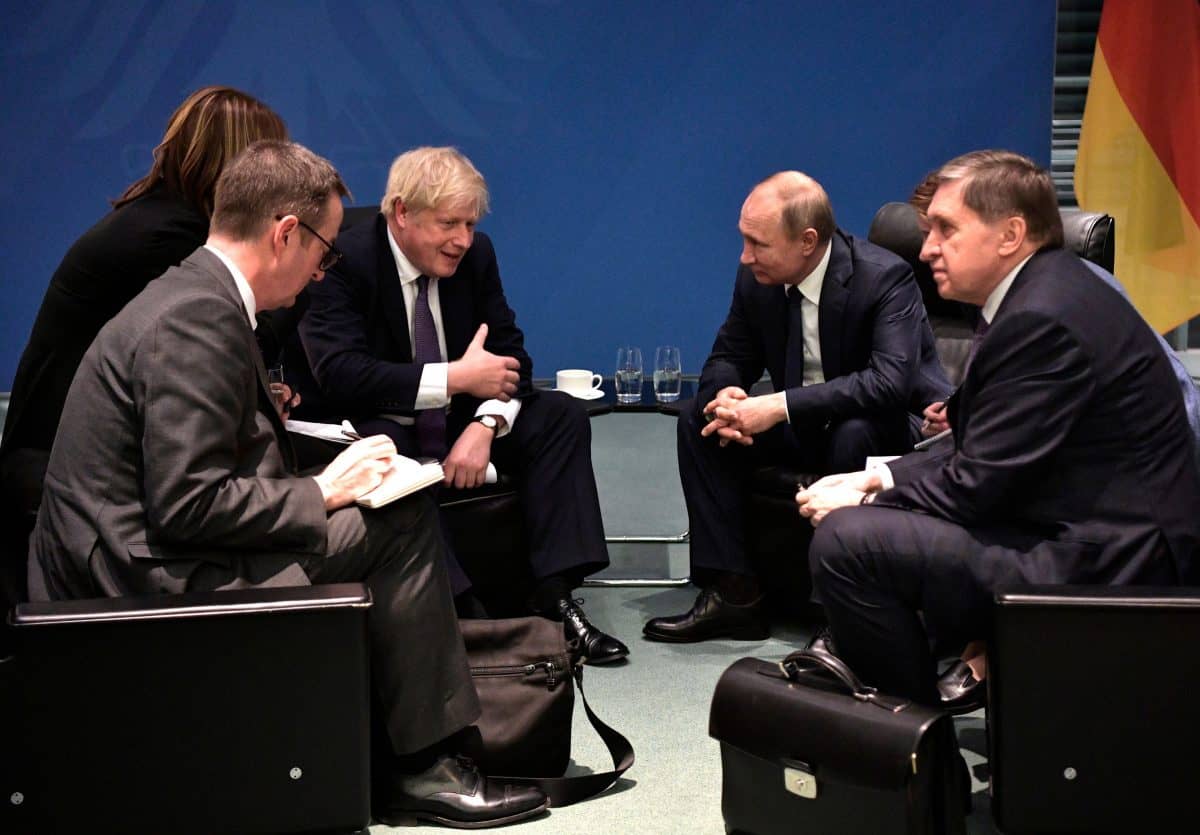 Boris Johnson has said it was “entirely right” for a British warship to sail through the waters off Crimea – even as Russia threatened to drop bombs on foreign vessels entering the disputed area.

The prime minister intervened as the UK vowed to defy the Kremlin and continue travelling through the region to defend international waters.

On a visit to a barracks in Aldershot, Johnson was asked whether he personally authorised the Royal Navy to use the controversial route.

He said: “These are a matter for the MoD [Ministry of Defence] but if you want my view I think it was wholly appropriate to use international waters, and by the way the important point is that we don’t recognise the Russian annexation of Crimea.

“This is part of sovereign Ukrainian territory. It was entirely right that we should vindicate the law and pursue freedom of navigation in the way that we did, take the shortest route between two points, and that’s what we did.”

Russia has threatened to retaliate if British warships sail through the disputed waters around Crimea again.

Moscow claimed that warning shots were fired by Russian vessels at HMS Defender as it passed through the contested part of the Black Sea on Wednesday – an assertion dismissed by the UK Government, which said only that a routine “gunnery exercise” took place.

Cabinet minister George Eustice said Moscow may have been trying to make a point, but stressed that the Royal Navy would be prepared to send another vessel through the waters, restating the UK’s position that Crimea is Ukrainian territory.

Dramatic eyewitness accounts revealed the Type 45 destroyer was buzzed by Russian military jets and the sound of naval gunfire could be heard as it sailed from Odessa in Ukraine to Georgia on Wednesday.

Russia also claimed that four bombs were dropped in the path of the destroyer – something the Ministry of Defence said it did not recognise.

Russia’s deputy foreign minister, Sergei Ryabkov, said “the inviolability of the Russian borders is an absolute imperative”, adding that it will be protected “by all means, diplomatic, political and military if needed”.

Asked what Russia would do if a similar incident happened again, he said: “We may appeal to reason and demand to respect international law.

“If it doesn’t help, we may drop bombs and not just in the path but right on target if colleagues don’t get it otherwise.”

Speaking at the New Normandy barracks on Thursday morning, Johnson said: “I think it was very important for the carrier strike group to do what they’re going to do around the world, in partnership with 40 other countries on manoeuvres, sticking up for our values, sticking up for what we believe in.

“That includes democracy, human rights, equalities, but also the rule of law and freedom of navigation. We don’t recognise the Russian annexation of Crimea, it was illegal, these are Ukrainian waters and it was entirely right to use them to go from A to B.”

The prime minister also denied that relations with Moscow are at an historic low, adding: “I can remember times in my own lifetime when things have been far worse.”

However the move has put a further strain on already difficult diplomatic relations between London and Moscow.

British ambassador Deborah Bronnert was summoned to the ministry of foreign affairs in Moscow after Russia accused the Type 45 destroyer of straying into its territorial waters.

The former first sea lord told LBC: “The bottom line is Putin is an expert at disinformation and his actions are very reckless, and we’ve seen that now for three or four years.”

The latest flare-up comes amid months of tension between Moscow and the West following a build-up earlier this year of Russian forces on the border with Ukraine.

The Kremlin, which annexed Crimea in 2014, has been riled by the movement of Nato warships in the Black Sea seen as offering support to Ukraine.

The Russian ambassador to the UK, Andrei Kelin, described the incident as “regrettable” and claimed HMS Defender had been 3km inside Russian territorial waters.

He told Channel 4 News: “He did not respond to several warnings, at least the warnings were issued every 10 minutes while he was going into water, deep into the waters. And then it was stopped by means that were available.”