“It’s important that the prime minister has a detailed understanding of the working capabilities of the RAF", a spokesperson said. 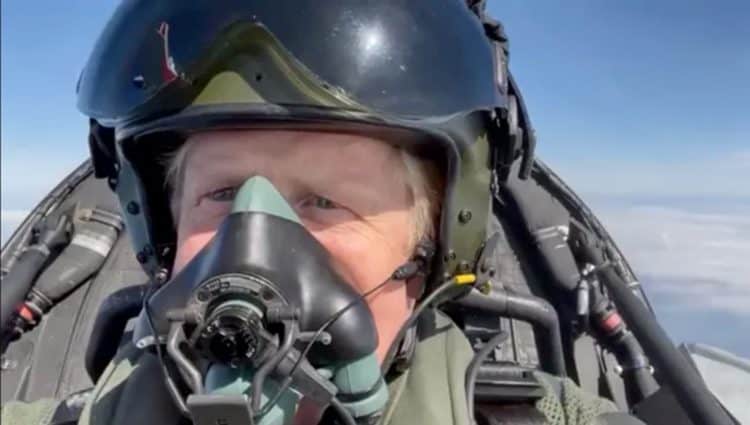 Boris Johnson has already “clocked off” from his job as Prime Minister after his failure to lead Cobra meetings in response to the extreme heatwave, Labour claimed.

Cabinet Office minister Kit Malthouse, who will chair another emergency meeting on Monday, claimed it was unfair to criticise the Prime Minister and insisted Mr Johnson had been fully briefed on the situation.

Downing Street insisted it was “not unusual” for Cabinet ministers to lead such meetings, as the Prime Minister was at his country retreat Chequers over the weekend where he hosted a party for friends.

Mr Johnson was also defended for taking a test flight in a Typhoon fighter jet on Thursday as the first of the Cobra meetings on the weather emergency took place, with No 10 arguing it is “important that he has a detailed understanding of the working capabilities of the RAF”.

Temperatures are set to soar into the high 30s in some areas on Monday, while Tuesday is predicted to be even hotter, with temperatures possibly reaching 40C (104F).

The UK is facing travel disruption, closed schools and health warnings, as the Met Office issued its first red extreme heat warning covering both days for large parts of England.

Mr Johnson has described taking off in a Typhoon from RAF Coningsby in Lincolnshire like a “vertical firecracker” on Thursday before he took over the joystick to perform various rolls and a loop-the-loop.

The Prime Minister’s official spokesman argued that Mr Johnson, who is set to leave office in September, has a role in directing the RAF in worst-case scenarios, “so it is important he is aware of some of these capabilities they have”.

Asked if he needs first-hand experience to understand this, the spokesman said: “It’s important that he has a detailed understanding of the working capabilities of the RAF.”