The six-metre tall inflatable depicted the Prime Minister dressed in blue shorts with red hearts and the word “Nigel” on, and a T-shirt showing a £350 million bus. 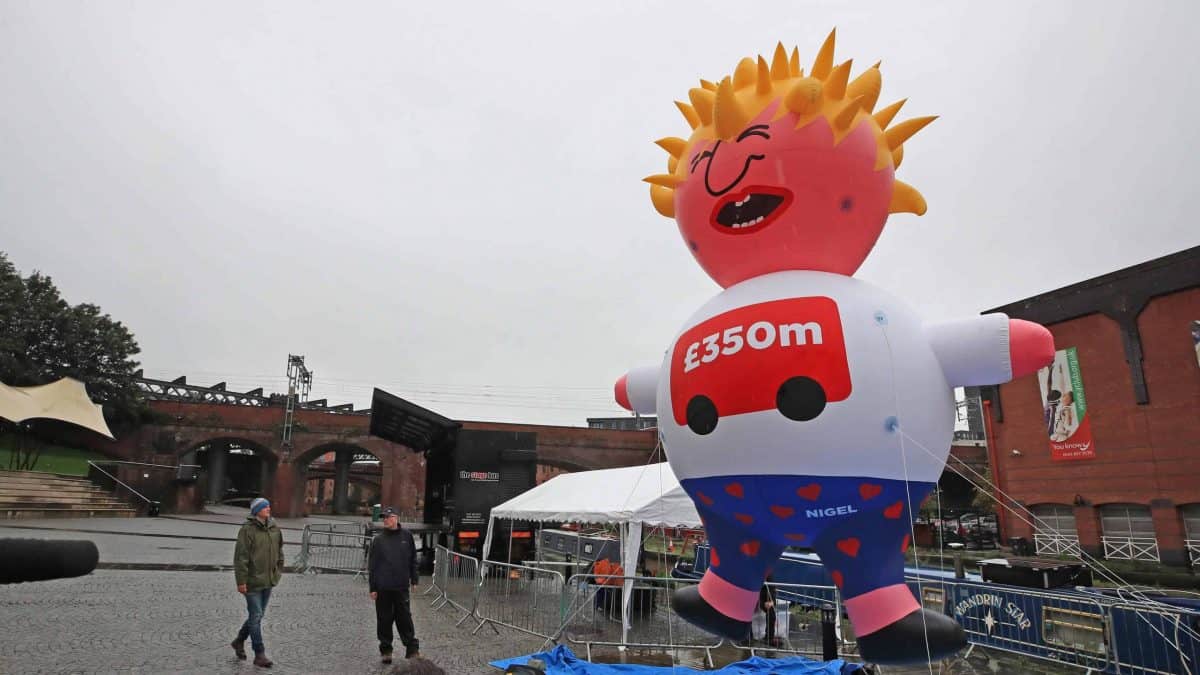 The Boris Johnson blimp took to the skies in Manchester as the Conservative conference got under way.

Hundreds of protesters took to the streets ahead of the event which takes place as Brexit negotiations enter a crucial stage.

Demonstrators gathered on Oxford Road at about midday for a Shut Down the Tories march before heading through heavy downpours to Deansgate, where a rally was due to be held.

A giant Boris Johnson blimp was inflated at Castlefield Bowl ahead of a Reject Brexit – Defend Our Democracy event on Sunday afternoon.

Red hearts and the word “Nigel”

The six-metre tall inflatable depicted the Prime Minister dressed in blue shorts with red hearts and the word “Nigel” on, and a T-shirt showing a £350 million bus.

Shadow education secretary Angela Rayner was among those heading the march, holding a banner saying “No More Austerity”.

Others held placards saying “Tories Out” and “Defy Tory Rule”.

Marchers banged drums, blew whistles and chanted “Tories out” and “Boris Johnson, shame on you” as they made their way through the city, pausing as they passed near Manchester Central, where the conference is being held.

Roads through the city were closed by police as the march took place and mounted officers led the demonstrators.

Demonstrators were greeted by the blimp when they arrived for the rally after marching from Whitworth Park.

Many waved European flags or wore blue berets with yellow stars on.

Speakers included human rights campaigner Peter Tatchell, who told the crowd: “The time for party self-interest is over. Everybody from every party must unite to stop a no-deal Brexit.”