The banner said “130,000 killed under Tory rule, time to level the playing field”. 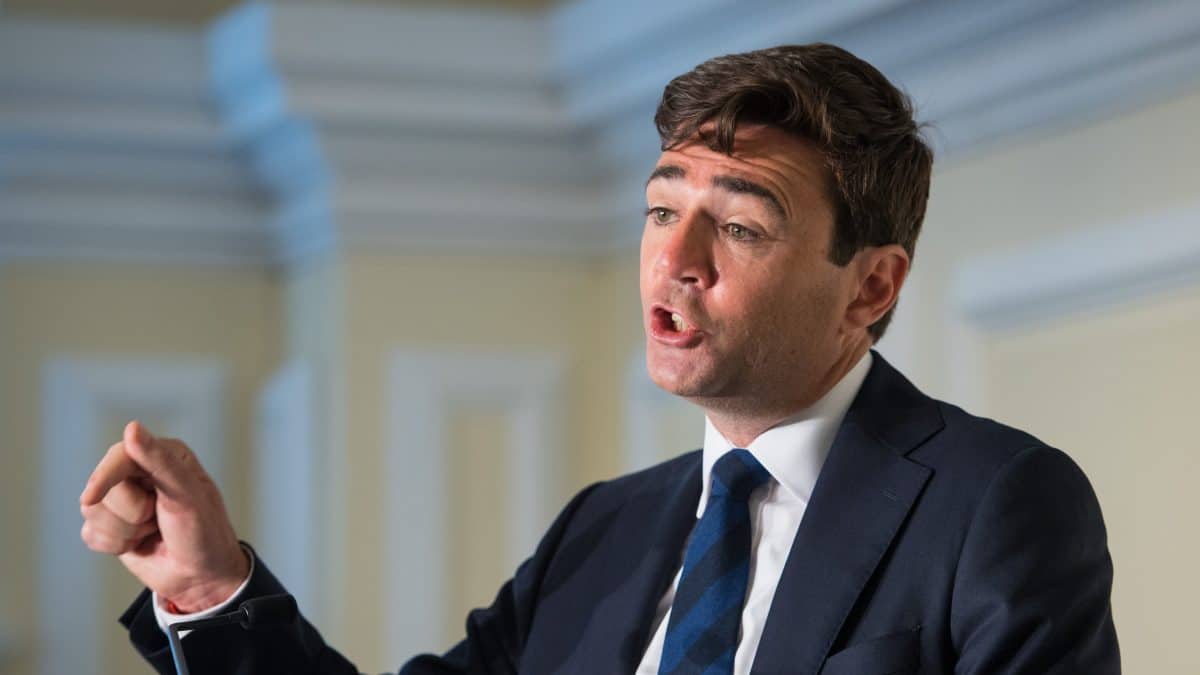 The mayor of Greater Manchester has condemned an “unacceptable” banner which threatened Tories as they arrived in the city for their party conference.

The banner said “130,000 killed under Tory rule, time to level the playing field”.

Andy Burnham, a former Labour cabinet minister and now mayor of Greater Manchester, said the sign was “completely unacceptable” and was being removed.

Neve have I felt more apprehensive than seeing this in my morning run pre #CPC19. Does this classify as death/terrorist threat? Utterly vile. pic.twitter.com/3beha85IaW

Tory councillor Kerry Boyd spotted the offensive sign in Manchester as she went for a pre-conference run.

She said on Twitter: “Does this classify as death/terrorist threat? Utterly vile.”

You are right. It is completely unacceptable & is being removed.

Ms Boyd is a councillor on Thanet District Council in Kent.

Related: Labour demands a probe into PM’s ‘conflict of interest’ with currency speculators and hedge funds