The Liberal Democrats have said since the start of the campaign that their leader is running to be Prime Minister. The party has since dropped in the polls. 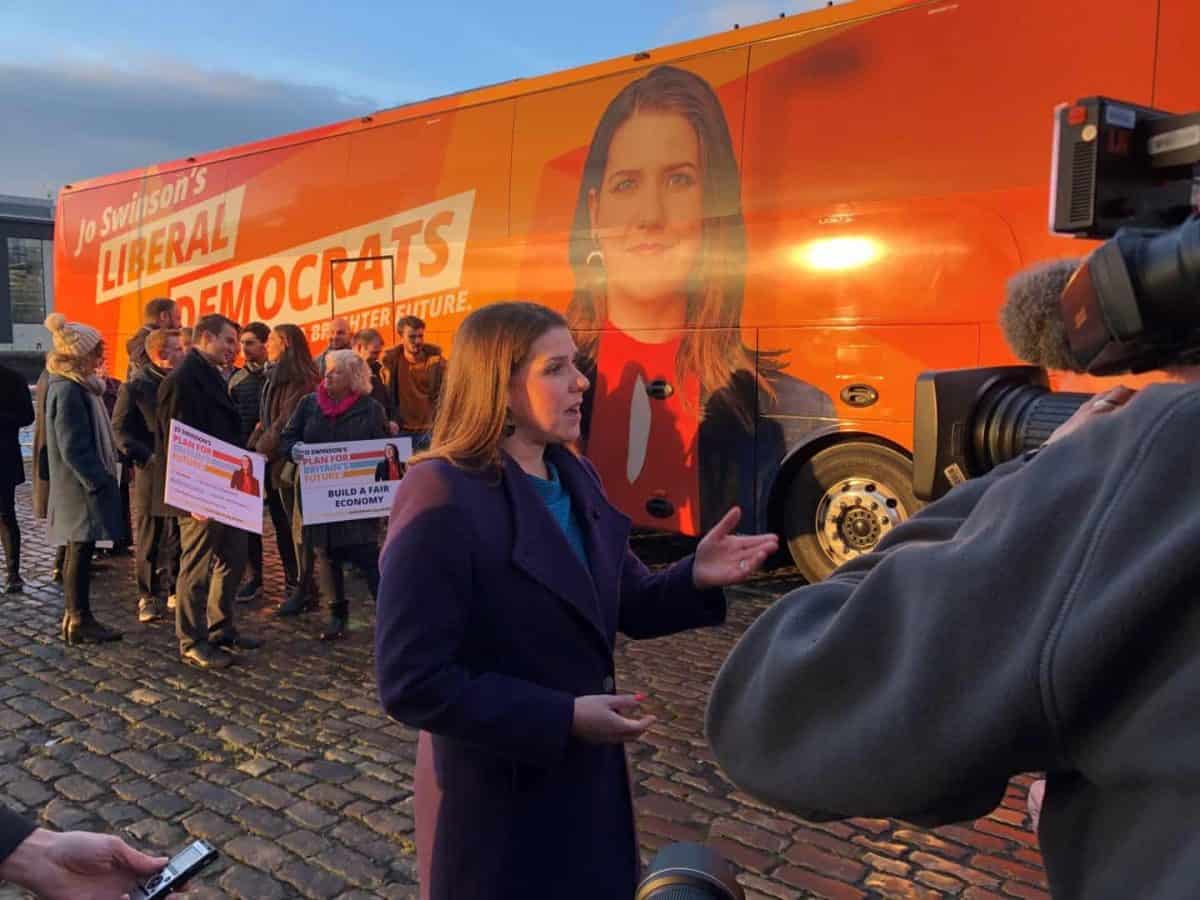 Liberal Democrat leader Jo Swinson has insisted she can still be Prime Minister despite a slide in recent polls for her party.

At a campaign event in Glasgow, the East Dunbartonshire MP said “not a single vote has been cast” in the election and she was still in with a chance of leading the country.

Since the early days of the campaign, Ms Swinson has said she is “running to be Prime Minister”.

The latest Ipsos MORI poll shows support for Ms Swinson’s party has dropped by 4% between October and November, now standing at 16%.

Ms Swinson insisted it was still possible for her to walk into Downing Street after the December 12 election.

She said: “Not a single vote has been cast. This is an election and people get to choose, so it’s absolutely possible.

“People can choose better than Boris Johnson and Jeremy Corbyn.”

The Lib Dem leader was optimistic about the campaign so far, saying: “I think we’re doing really well.

“We’re out on doorsteps and seeing what’s happening in our seats across the country.

“We’ve got lots of opportunities to get our message out.”

When asked what she would class as a “good performance”, Ms Swinson said the party was looking to win as many contests as it can.

She added: “There are seats where Liberal Democrats are in contention where we have never had a chance of winning before.

“That’s partly because things have changed fundamentally because of Brexit.

“There are so many people who are worried about our future.”

Ms Swinson has come under fire for her view on nuclear weapons this week after she said she would launch a strike if she was Prime Minister.

One of those attacking her position was Scotland’s First Minister Nicola Sturgeon, who described the deterrent as “immoral, ineffective and a waste of money”.

The newly released Lib Dems manifesto shows the party looking for “multilateral disarmament” across the globe.

Speaking in Glasgow, Ms Swinson stood by her answer, suggesting a deterrent can only be effective if there is a chance it will be used.

She said: “The Liberal Democrats support a nuclear deterrent and we support multilateral disarmament.

“I answered the question honestly and clearly and I think that if a deterrent is effective, then that has to be the situation.”

READ MORE: The gap in the polls can close according to evidence from the last two elections