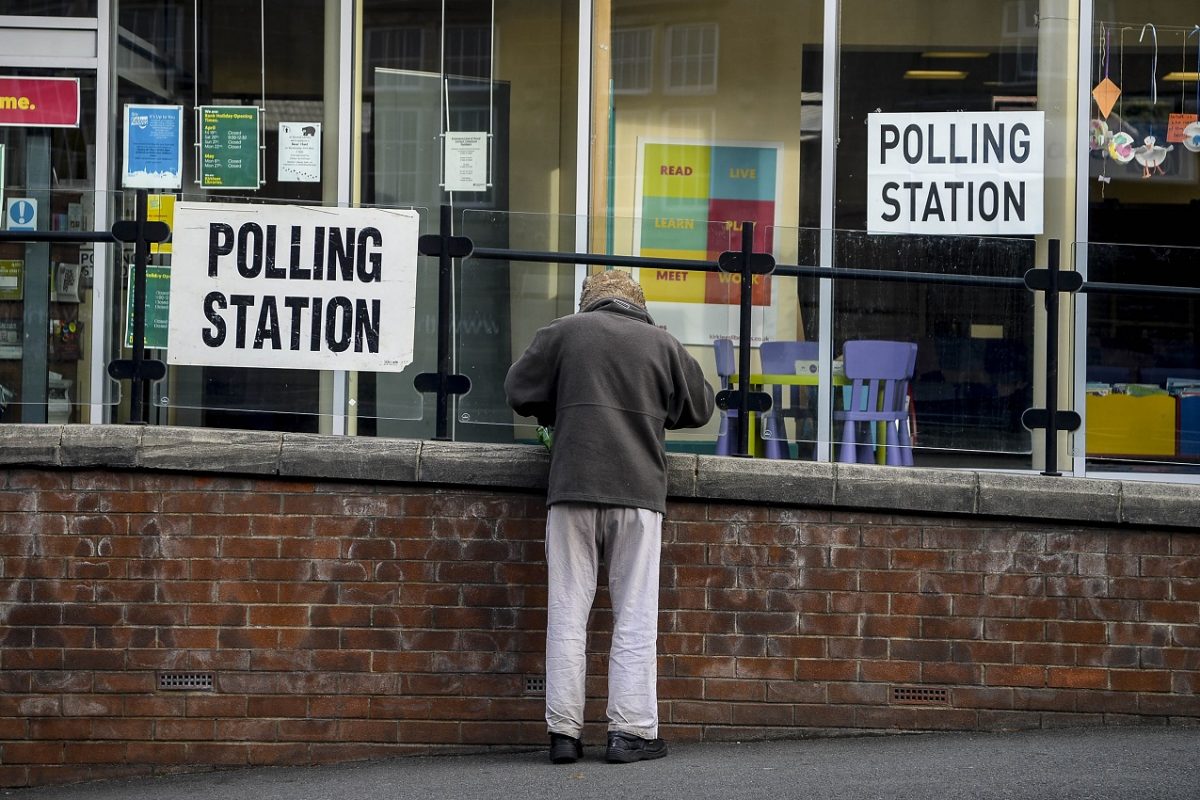 In the immortal words of Brenda from Bristol – as well as all political hacks – “You’re joking? Not another one!”

And if Theresa May’s 2017 snap election failed to achieve the “strong and stable” Conservative government she promised to deliver Brexit with, with a December 2019 election, pollsters warn we are looking at an even more volatile electorate.

Many voters switched allegiances in the last election and almost half of Brits still class themselves as undecided, so despite a large lead in the polls for Boris Johnson, every vote is likely to count.

Depending on how the nation reacts to a December poll, Boris Johnson could be hardening Brexit with a party that’s lurched to the right and jettisoned centrists, or the current opposition could be putting Brexit back to the people for a final say and turning the tide on austerity.

All you need to know about registering to vote

If you haven’t registered to vote yet, do it NOW. Here’s how:

When is the deadline to register to vote in the general election?

Register by 11:59pm on 26 November to vote in the General Election on 12 December.

If you want to apply to vote by post, register before:

If you’re going to be abroad on election day, you can apply to vote by proxy after you’ve registered. It takes time to vote by post from overseas.

Who is eligible to vote in the general election?

To vote in a General Election you must:

Who needs to register to vote?

If you have never voted, have moved constituency or have turned 18 recently then you will need to register if you have not done so already.

When can I register?

Assuming you are eligible, you can register any time but, be aware, there is a deadline.

If a snap general election was to take place on December 12, the deadline for applying to register to vote is likely to be November 25.

You can even get yourself on the register if you are 16 or 17 but you will need to have turned 18 before the election date to actually be eligible to vote.

How do I check if I am already registered to vote?

If you are not sure whether or not you are registered, you should check with your local electoral registration office. You can find the local authority to get in contact with here: https://www.gov.uk/get-on-electoral-register.

How can I register if I need to?

What if I live abroad?

You can register as an overseas voter for up to 15 years after you left the country, if you are a British citizen and you have been registered to vote in the UK within the last 15 years (or if you were too young to register when you left).

How and where do students register to vote?

If you are a student, you may be able to register to vote at both your home and term-time addresses – but you can only vote once in any election.

What if I am away on election day?

If you cannot vote in person you can ask someone to vote on your behalf, via a proxy vote. That person must be aged over 18 and be registered to vote. You can apply for a proxy vote here: https://www.gov.uk/government/collections/proxy-voting-application-forms.

In certain circumstances, where you have an emergency that means you cannot get to the polling station in person, you can apply for an emergency proxy up to 5pm on the day of the election.

You can also apply to vote by post for any reason. Download and complete the form here: https://www.gov.uk/government/publications/apply-for-a-postal-vote.

How are the parties doing in the opinion polls?

Labour will hope history repeats itself and they will confound pollsters when an election campaign gets under way.

The Conservatives will go into a likely December general election with a double-digit lead in the opinion polls.

The party is currently around 15 points ahead of Labour.

It is the biggest lead the Tories have enjoyed for nearly three years.

The Press Association’s latest weekly poll tracker has the Conservatives averaging 38%, with Labour on 23%, the Liberal Democrats 18% and the Brexit Party 11%.

At the start of 2019 the Tories and Labour were neck-and-neck in the polls.

Both parties then saw their support slide, mirrored by a rise in support for the Liberal Democrats and the newly formed Brexit Party.

By June all four parties had seen their poll shares converge in the high teens/low 20s.

But since July the Tories have climbed away from their rivals to establish a clear lead.

The party will not want to take this position for granted, however.

At the start of the 2017 general election campaign, the Conservatives had a poll lead over Labour that averaged 20 points.

By polling day this had shrunk to single figures, and in the election itself the Tories’ vote share was just three points ahead of Labour.

But voters are more undecided than ever, and the result will depend on a variety of new factors, including whether Brexit eclipses all the other issues elections are usually fought on, and whether the Brexit Party intend to run against the Conservative Party in every seat.

How many MPs are needed to form a majority?

There are 650 Members of Parliament (MPs) in the UK Parliament.

So the normal assumption is that a party needs 326 seats for an overall majority. However, in practice, Sinn Fein MPs – four in 2015, but that number is predicted to rise – do not take their seats, and the Speaker does not count.

After the last election, Theresa May fell short of a majority, but was able to rely on a “confidence and supply” arrangement with the DUP agreeing to back the Conservative Party in votes. Boris Johnson has alienated the DUP with his Brexit deal which leaves Northern Ireland bound by EU rules they would have no say over. He lost his majority within days of becoming Prime Minister.

Under the Fixed Term Parliament Act, if no party can form a government, then after two weeks, another election is called. We would go straight to another short campaign.

MPs are elected using the First Past the Post system. You vote once for a candidate in your constituency and the candidate with the most votes becomes your MP.

Could a winter election put people off heading to the polls?

A general election in mid-December has prompted talk of voters staying away from the polls, discouraged by cold weather and darker evenings.

But is there any historical evidence that voters are put off by not being able to vote in the daylight?

The last time a general election took place in December was in 1923.

Turnout was 71% – but this was an era before postal votes and equal voting rights for men and women, so is not properly comparable with today.

A more useful comparison might be to look at turnout at parliamentary by-elections that have taken place close to Christmas.

An analysis by PA of by-elections in December and January since the 1950s suggests that average turnout is often lower than the equivalent figure for the whole of the year, although the pattern is not consistent.

In the 1950s, turnout for by-elections in December and January averaged 55%, compared with 62% for the whole calendar year.

Since then the gap has narrowed, and this decade there has barely been any difference, with an average 41% turnout for December and January by-elections compared with 40% all year round.

The two most recent examples, both in December 2016, provide a good example of how turnout can be driven by a number of factors, not merely the time of the year.

The former was a marginal seat where a fiercely-fought race ended with the Liberal Democrats taking the constituency from the Conservatives.

By contrast, the latter was a safe Tory seat that was held easily by the Conservatives.

The closeness of an election is just one factor that can influence turnout, along with factors such as local issues, the personalities of candidates, the popularity of postal voting and the demographics of the area.

Any combination of these might be at play when it comes to boosting or suppressing turnout on polling day.

There is no reliable evidence to suggest that an election in the middle of winter automatically leads to a lower turnout than one held at any other time of the year.

It is perhaps safest to say that if people want to vote in an election, they will find a way to do so – regardless of blizzards, heatwaves or whatever else the weather may have in store.