He had a Covid cup, a Ukraine cup, an energy cup but, curiously, no 'we severed ties with our biggest trading partner' cup.

by TLE
in Politics 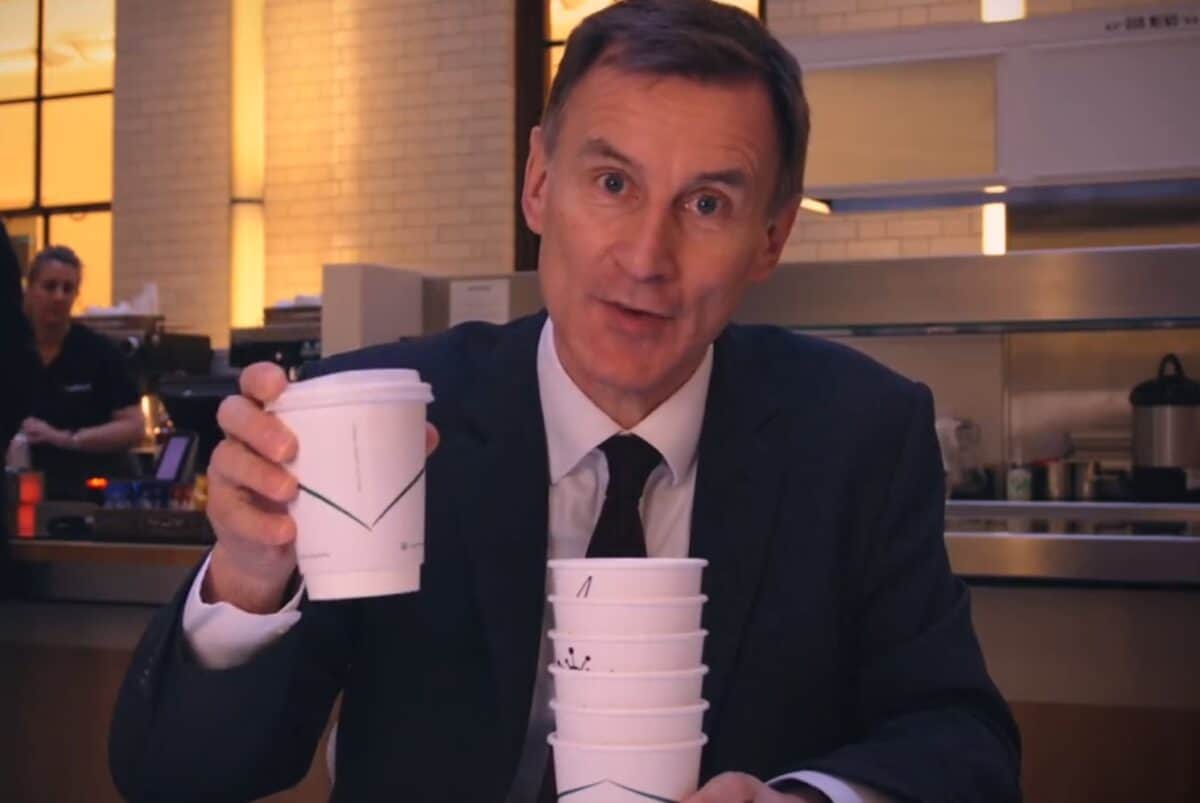 Jeremy Hunt’s attempt to explain rising inflation with a stack of empty coffee cups has been brutally trolled online.

A social media video showing the Chancellor ordering a flat white before explaining why costs are rising was criticised over its punctuation, maths and the failure to mention Brexit, the huge amounts of money pumped into the economy during the Covid-19 pandemic or the impact of Liz Truss’s economic policies.

Factors contributing to inflation which is “about 10%” – the latest figures for December put CPI inflation at 10.5% – included the supply chain squeeze after the pandemic, the war in Ukraine and persistently high energy prices.

High inflation means “unemployment going up, businesses failing, the pound in your pocket is worth less than it used to be”.

The Government’s aim to halve the inflation rate by the end of the year was listed as one of the “peoples (sic) priorities”.

Politics professor Tim Bale, from Queen Mary University of London, said the video is “a classic of the genre”.

University of Nottingham politics emeritus professor Steven Fielding said: “I hope he recycled all those cups he wasted.”

“What’s even more shocking is that Jeremy Hunt airbrushed one of the main causes of economic pain – Liz Truss’s disastrous mini-budget that resulted in the biggest tax hike for a generation.”

A SNP spokesman said: “Households in Scotland are lucky if they are able to turn the heating on to keep warm, never mind buy a coffee, all because of the economic incompetence of this UK Tory Government.

“Jeremy Hunt failed to address the massive elephant in the room which is the lasting damage Brexit has done to the UK economy, with exports from Scotland dropping by £2 billion since we were dragged out of the EU.”

Other Twitter users appeared more enthusiastic – the video racked up more than 270 “likes” on the platform by around 10am on Wednesday.