The Tory leadership hopeful sajd the practice was an important part of the countryside’s “heritage”. 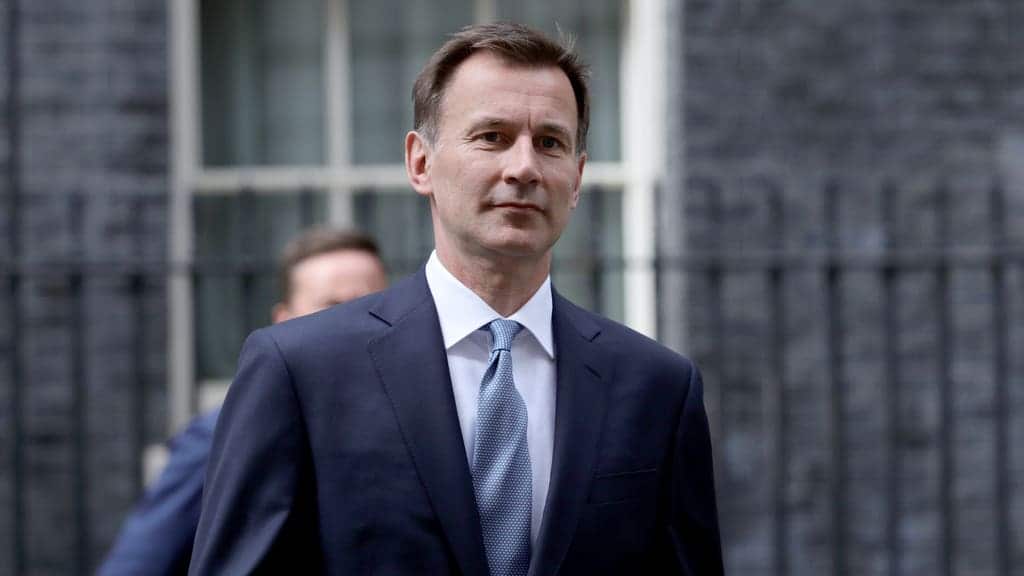 Jeremy Hunt has pledged to bring back fox hunting if he is elected as Britain’s next prime minister.

The Tory leadership race gained momentum over the weekend, with opening gambits coming thick and fast from candidates across almost every wing of the party.

Rishi Sunak, who wasted no time on Friday in publicly stating an intention to stand, remains an early favourite.

But a host of hopefuls, including Nadhim Zahawi, Grant Shapps and Suella Braverman have announced tax-slashing pledges in an apparent bid to contrast themselves with his record as chancellor.

2019 contender Hunt is also in the running and has promised to pick Esther McVey as his deputy if he is successfully elected.

Bidding to curry favour with Tory Party members, the former health secretary has promised to reverse a ban on fox hunting if he gets in, saying the practice was an important part of the countryside’s “heritage”.

“I don’t hunt myself, it’s not particularly my thing,” he explained, but said he was “happy for people to do it”.

A ban on fox hunting and other wild mammals was implemented in England and Wales in 2004 with legislation introduced by Tony Blair’s Labour government.

Hunt’s push to change the law was condemned by Labour, which said fox hunting was a “barbaric practice”.

Ian Lavery, Labour Party chairman, said: “This Tory leadership race is going from bad to worse. We’ve had Johnson’s tax cuts for the wealthy, a race to the bottom on no-deal Brexit, and now a pledge to bring back this barbaric practice that Labour had proudly banned.”

Related: Tory Party demographics revealed ahead of leadership election… and they make for pretty grim reading