The Prime Minister suggested his support would do more harm than good. 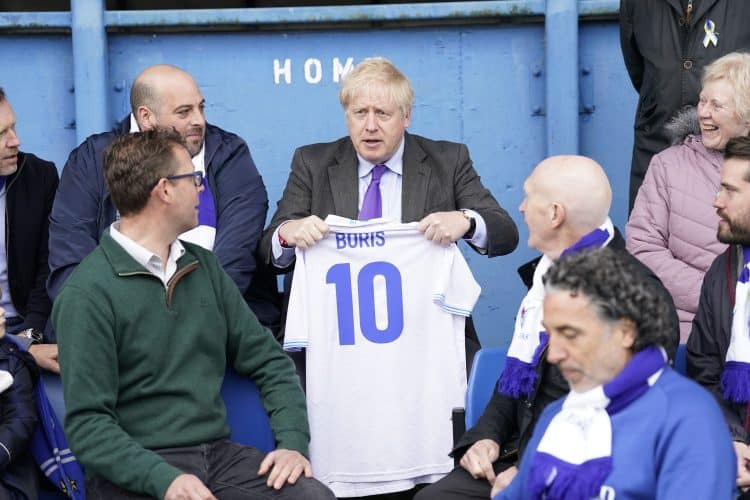 Boris Johnson has declined to back any of the candidates vying to replace him as Conservative Party leader, suggesting his support could be damaging.

The Prime Minister declined on Monday to give his public backing to any of the candidates running to succeed him as Tory leader after an extraordinary few days in Westminster that saw Mr Johnson unseated by an unprecedented revolt from within his own party.

Mr Johnson, during a visit to the Francis Crick Institute, waved away questions over whether he felt “betrayed” by his own MPs, instead pledging to faithfully follow the established constitutional role of a caretaker Prime Minister.

“I don’t want to say any more about all that,” he said.

“There’s a contest under way and, you know, I wouldn’t want to damage anybody’s chances by offering my support.”

Mr Johnson also insisted the outcome of the bid to replace him “will be good” despite multiple candidates having worked to oust him.

Candidates to be the next Tory leader, and therefore prime minister, are currently offering their visions for the party, with rivals arguing over promises of “fantasy tax cuts”.

Mr Johnson appeared in a cheerful mood during his outing at the Francis Crick Institute, which has just been provided £1 billion of investment.

During a walkaround of the labs, the Prime Minister was shown a range of equipment, including electron microscopes, a nuclear magnetic resonance machines and a diamond knife.

“You have your own diamond knife?” he asked scientists.

“Do you mark them in the canteen?” he joked.

The process to replace Mr Johnson continues apace, with the 1922 Committee of backbench MPs electing a new executive committee on Monday, before drawing up a timetable for the leadership contest.

An announcement on the schedule for the leadership campaign is expected to follow later in the evening.

The process could be tightened so the final two candidates can be voted for by Tory MPs before the Commons enters the summer recess on July 21.

That would give the chosen pair the summer to campaign for the backing of Conservative Party members, who ultimately select the next prime minister.

Mr Johnson was unwilling to discuss in detail the events of recent days, instead looking ahead to his final few weeks in No 10.

“I think the reason we’re here today is because I think … science, technology – our natural genius in this area is one of the many, many things that is going to carry us forward and make sure that our our future is very bright.”

Mr Johnson also sought to stress the achievements of his brief time in Government, referencing the “great, great agenda” his replacement will inherit.

“I know that whatever happens and whoever takes over, there is a great, great agenda to be continued and that we put in some pretty fantastic investments, not just in science but in infrastructure, in skills and in technology, that I think are going to enable us Conservatives, I should say, to keep on with our programme of levelling up and delivering for all the people in this country.”

Foreign Secretary Liz Truss is among those to formally launch her campaign to replace Mr Johnson, as rivals squabble over promises of “fantasy tax cuts”.

The minister pledged to begin cutting taxes “from day one” while billing herself as an experienced candidate to set herself apart from opponents with less Cabinet experience.

Meanwhile, Home Secretary Priti Patel is expected to make a final decision on whether to enter the already crowded race.