Queues for the "unpopular" former Labour leader stretched around the block in the Scottish capital. 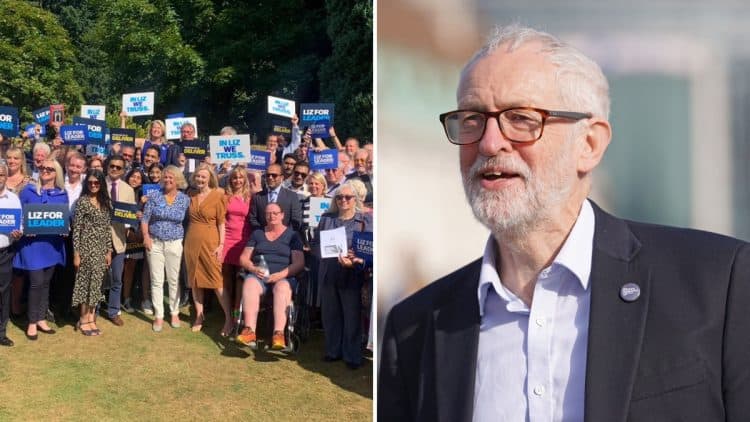 Jeremy Corbyn miraculously pulled a bigger crowd to an Edinburgh Fringe event than Tory leadership hopeful Liz Truss managed in her race to become the next prime minister.

The Islington North MP, who now sits as an independent, told an audience at the New Town Theatre that a “radical, hopeful alternative” is needed to defeat the Tories at the next general election.

He said the public were now supportive of rail workers striking for a pay increase, saying there’s a “wholly different atmosphere around” the movement now.

A video released ahead of the event show people queuing around the block to see him.

It contrasts starkly with a photo of Liz Truss during her leadership campaign in South Essex.

Turns out there’s still life in the old Labour leader yet.