The former Labour leader said the public were supportive of rail strikes, saying there's a "wholly different atmosphere around". 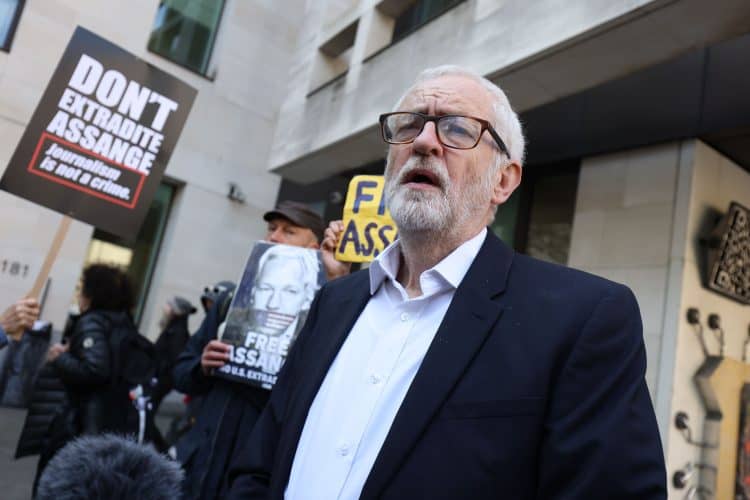 A “radical, hopeful alternative” is needed to defeat the Tories at the next general election, former Labour leader Jeremy Corbyn has said.

The Islington North MP, who now sits as an independent, also told an audience at the Edinburgh Fringe the public were supportive of rail workers striking for a pay increase.

During the event at the New Town Theatre on Tuesday, he was asked what he thought of his successor as Labour leader, Sir Keir Starmer, and his approach to the rail workers’ dispute.

Mr Corbyn said he did not want to get into “personal politics”.

He said rail workers had experienced 10 years of frozen pay and many were not well paid.

Mr Corbyn said: “I’ve been outside the major stations with the RMT, and the travelling public who cannot travel come up and say: ‘I’m with you because you’re fighting my battle as well.’

“There’s a wholly different atmosphere around.

“And anyone that thinks you’re going to make yourself deeply unpopular because you’re supporting people who are merely trying to protect their living standards needs to think again.”

An audience member later asked Mr Corbyn about the next general election.

He said: “I’ve spent my whole life opposing Tories,” saying the current Tory government was “appalling in their lack of care and basically their worshipping of monetary wealth rather than anything else”.

“Well, I think there might be one sooner than 2024, I don’t think they can hang around that long. I think they will see economic problems on the horizon and call an earlier election.

“We have to have a serious, credible offer of what we’re going to do in government to redress the cost-of-living crisis and the imbalances in our society.”

He gave the example of the two general elections in 1974, saying Labour had a “credible, radical alternative” to tackle inflation and the cost of living.

He continued: “We have a more brutal situation than we’ve ever had before in this country.