“Thank you for submitting your audition for the next series of Line of Duty but we’re looking for a character with at least one redeeming moral principle", he said. 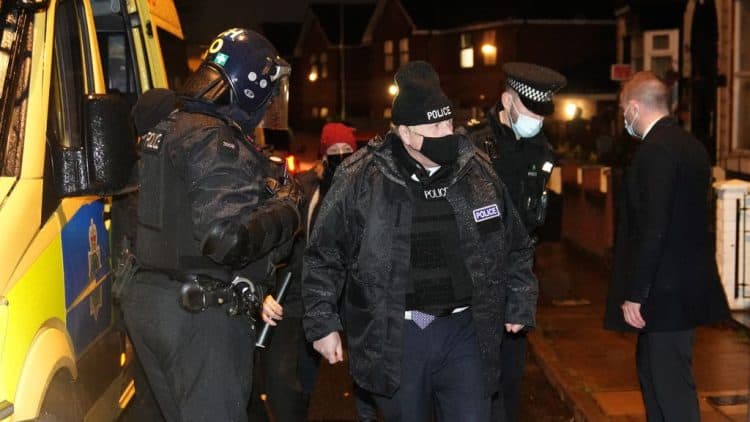 Line of Duty creator Jed Mercurio has poked fun at Boris Johnson after he donned police gear for a press photo shoot.

The prime minister was pictured in official gear as he joined officers in Liverpool for early morning drug raids.

It comes as the PM pledged to get tough on drugs – despite cocaine being found in the toilet of his own Westminster office.

“Thank you for submitting your audition for the next series of #LineofDuty but we’re looking for a character with at least one redeeming moral principle and a performance that places even just a scintilla of doubt in the audience’s mind that he might not be totally bent.”

Earlier this year Sir Keir Starmer capitalised on the show’s success to rib Johnson in parliament.

Grilling Johnson over the Greensill affair, into which he had demanded a comprehensive anti-sleaze probe, Starmer quipped that Line of Duty’s Ted Hastings – and his merry gang of corruption-fighting colleagues, AC-12 – might be the only person capable of getting to the bottom over an ever-ballooning scandal.