The newspaper claimed that new deals struck in the aftermath of the UK's split with the EU are worth an eye-watering £766 billion. 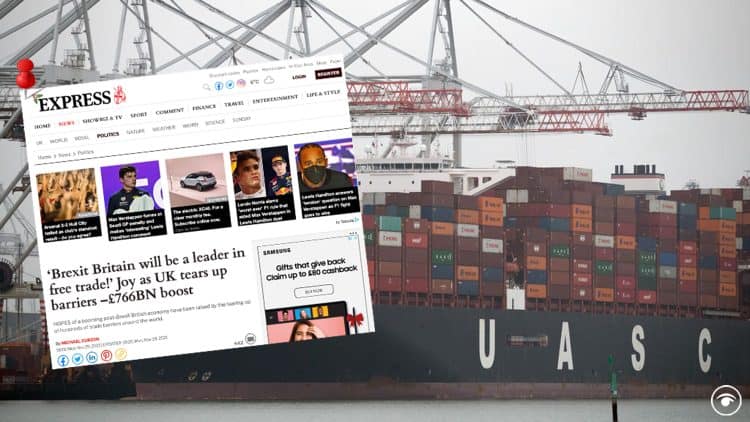 The newspaper recently reported that deals struck following the UK’s departure from the European Union are worth an eye-watering £766 billion to the economy.

This claim appears in the headline, and later in the article itself, which says: “Trade deals have been agreed with 70 countries, as well as the EU. These are collectively worth £766billion – a major boost to Britain’s economy.”

But according to Full Fact, this “is not the case”.

They note that the £766 billion is the “total value of the UK’s trade with the countries involved in 2020—not the additional value of the deals themselves, which will be much less.”

Many of these trade deals were already in place before Brexit and have effectively been rolled over.

Indeed, of the 70 countries the UK has deals with, as quoted in the Express, 63 are rollover deals with non-EU countries.

The only deals that are really worthy of mention are those signed with Australia and New Zealand, which are expected to increase the size of the UK economyby between £200 million and £500 million per year in the long term (meaning after about 15 years) and the one struck with Japan, which will result in no net gain compared to the EU-Japan deal.

Related: Johnson announces drug crackdown – after cocaine gets found in the toilet of his own Westminster office