It comes after Boris Johnson reportedly told his allies that critics will need a tank division to oust him from Number 10. 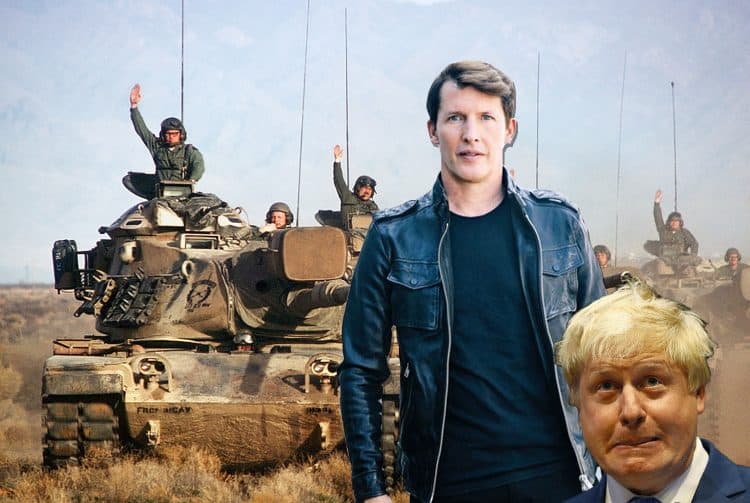 James Blunt has called on the past and present soldiers of the D Squadron to message him after Boris Johnson said it would take a tank division to drag him out of Downing Street.

The prime minister has vowed to battle on after a turbulent few weeks which has seen a number of his aides walk out and several of his own MPs calling for him to resign.

Guto Harri, the new director of communications, said the pair launched into a rendition of I Will Survive when they met on Friday afternoon, as the PM vowed to plough on with his premiership in the wake of the so-called partygate scandal.

He told Golwg360 Mr Johnson quoted from Gloria Gaynor’s hit, before settling down to a “serious chat” about getting the Government “back on track”, according to a translation.

According to reports in the Sunday Times the PM has told his allies that critics will need a tank division to oust him from No 10 as he clings to power.

One senior advisor told the newspaper: “He’s making very clear that they’ll have to send a Panzer division to get him out of there.”

It prompted signer James Blunt to put out a call for support, saying he is “putting something together”.