He said the opposition party had been "crying crocodile tears" as the Conservatives got tough on borders. 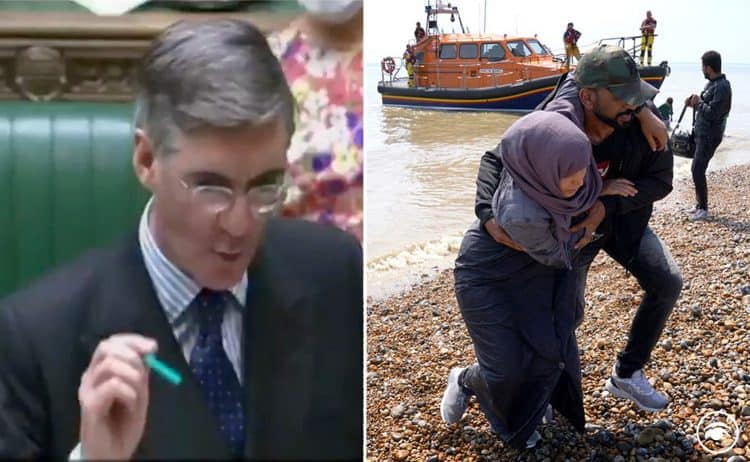 Jacob Rees-Mogg branded Labour the “party of people traffickers” after they voted againstimmigration reforms that passed through parliament this week.

The leader of the House of Commons said the opposition party had been “crying crocodile tears” as the Conservatives got tough on borders.

He said “they are the ones that should be ashamed” after Sir Keir Starmer hit out at the Nationality and Borders Bill which, in his words, will make it harder to give a safe haven to children fleeing violence and war.

There were also cries of “dog whistle” politics from the SNP benches, while Labour former shadow chancellor John McDonnell claimed some of the language used by those on the Government benches “wouldn’t go amiss at an English Defence League meeting”.

Jacob Rees-Mogg accuses the opposition of being "the party of people traffickers." #Outrageous pic.twitter.com/qygEi4aKVD