"There will now be delays because we don’t have enough bays to ensure that every lorry that comes off a roll on/roll off can go to a bay immediately and get checks as required and they may have to wait until the lorry in front of it is checked." 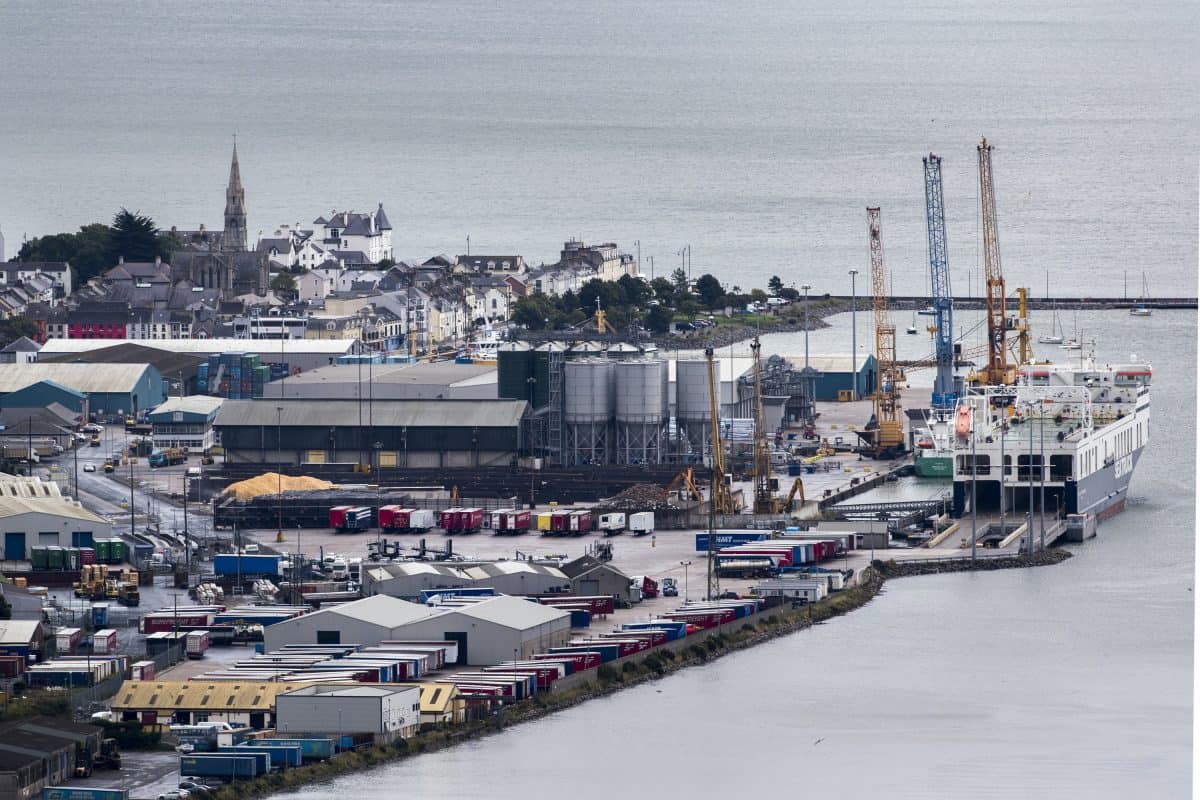 As Northern Ireland will remain in the EU single market for goods, plans are being introduced to beef up checks at ports. However, there are concerns this new way of operating could be ‘lumpy.’

Police and port authorities are working together to ensure bolstered security for new Irish Sea port checks in Northern Ireland, MPs have been told.

The use of temporary facilities until new checking structures are built could result in some delays as lorries disembark ferries from Great Britain, the Northern Ireland Affairs Committee heard.

Mark Livingstone, director of operational readiness at DAERA, told members the facilities would be secure.

“All the facilities are within the port boundaries and they have specific security built into the assessment with both the PSNI and the local port authorities,” he said.

Dr Robert Huey, deputy secretary of DAERA’s Veterinary Service and Animal Health Group, said the new facilities, when built, would be “state of the art”.

But he warned that temporary arrangements could be “lumpy” until the permanent facilities were ready to open.

“There will now be delays because we don’t have enough bays to ensure that every lorry that comes off a roll on/roll off can go to a bay immediately and get checks as required and they may have to wait until the lorry in front of it is checked,” he said.

“It’ll not be as frictionless as I would wish it to be.”

Under the terms of the Brexit Withdrawal Agreement, Northern Ireland will remain in the EU single market for goods.

The officials appeared before the committee ahead of the Government outlining details of its agreement with the EU to lessen the impact of the new regulatory checks required when the transition period ends on December 31.

This includes a grace period for supermarkets to adjust to the requirements, such as the need to get vets to sign off export health certificates on animal products entering Northern Ireland from GB.

Denis McMahon, permanent secretary at DEARA, detailed the current volumes of SPS goods that crossed the Irish Sea into Northern Ireland each day.

“On the data available to us, some 460 SPS-related freight units come into Northern Ireland daily and around 440 of these – 95% – come through Belfast and Larne,” he said.

“The majority of these are unaccompanied and some 200 freight units per day transport goods for direct consumption. These represent a particular challenge because it has high numbers of mixed consignments and are for just-in-time deliveries.”

The protocol also deals with new Brexit customs arrangements. While Northern Ireland will remain within the UK’s customs territory, it will apply the EU customs code at its ports.

This will mean some tariffs will need to be paid on goods entering Northern Ireland from Great Britain if they are destined for onward transportation to the Irish Republic.

Much of the contention over the operation of the protocol has focused on the proportion of freight that will be deemed to be “at risk” of onward transportation and, as such, subject to additional customs processes.

The agreement struck on Tuesday has sought to reduce the proportion of traders that will be subject to tariffs.