The constituency is true blue, but bookmakers have put the Lib Dems favourite after a turbulent period for the Conservatives. 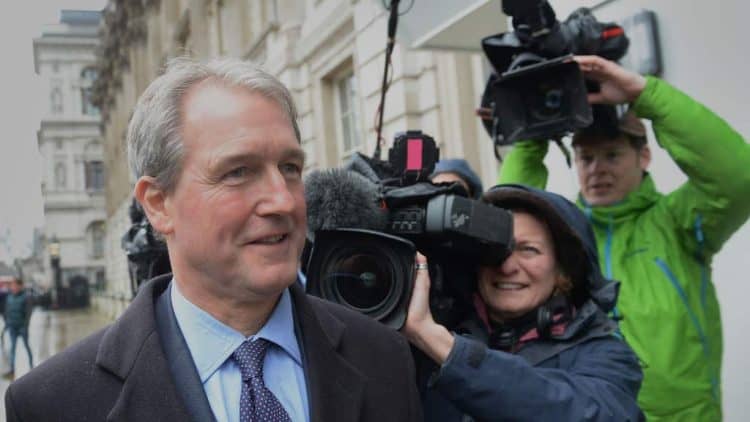 Boris Johnson will suffer another major blow to his authority if the Tories lose the ultra-safe seat of North Shropshire in a by-election triggered by Owen Paterson’s resignation.

Voters head to the polls in the West Midlands constituency on Thursday, with the Liberal Democrats eying a real chance to overturn a near 23,000-vote majority.

Not only was the vote triggered by a Tory sleaze scandal, it comes after the Prime Minister was battered by allegations of lockdown-breaching parties in Downing Street last Christmas.

His hopes to defend the seat will be amplified by the massive rebellion Conservative backbenchers dealt him on Tuesday over his new coronavirus restrictions as the Omicron variant surged.

Mr Paterson represented the constituency for 24 years until his resignation after the Prime Minister’s botched attempt to shield him from a 30-day suspension.

Mr Johnson attempted to force a Tory-led review of the rules for MPs after Mr Paterson was found to have breached lobbying rules for two companies paying him £100,000 a year.

Multiple fresh allegations of sleaze were levelled at the Tories during the row and ultimately the MP was forced to resign, saying he wanted to escape the “cruel world of politics”.

North Shropshire has returned a Tory MP in every vote since 1983, which was the constituency’s first election in its current form.

But the area has been true blue, only twice voting for another colour, since the Conservative Party’s inception in 1830.

So loss for Conservative candidate Neil Shastri-Hurst to Lib Dem Helen Morgan would be a major upset for the Tories.

Bookmakers have put the Lib Dems favourite for victory, while campaigners on the ground believe the result is too close to call and leader Sir Ed Davey described it as a “coin toss”.

Defeat would compound a torrid period for Mr Johnson after 100 Conservatives defied the leadership to vote against the introduction of mandatory Covid health passes for entry to large venues – the biggest rebellion since he entered No 10.

Asked on Wednesday if Mr Johnson would quit if North Shropshire falls, the Prime Minister’s press secretary said: “We are fighting for every vote.”

The result is expected to be announced in the early hours of Friday.