The Chancellor is on an official, four-day trip to the West Coast as businesses beg for financial support. 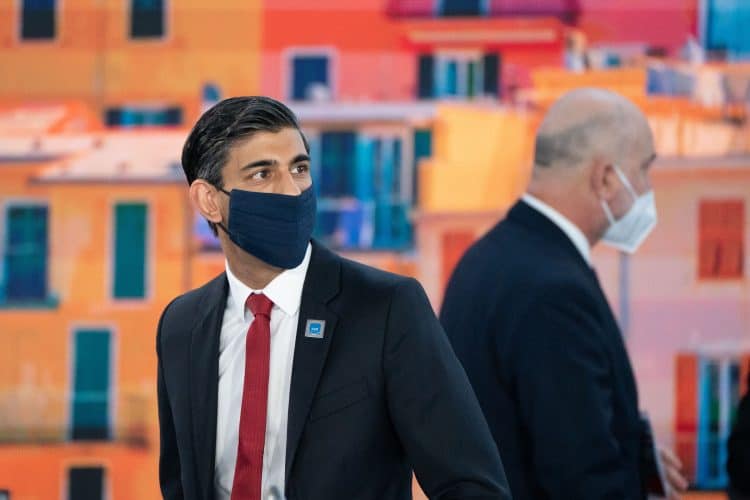 Rishi Sunak has been accused of being “missing in action” after it emerged he was in California rather than in Westminster planning help for businesses being battered by Omicron.

According to the Mirror, the Chancellor has been on a four-day official trip, leaving his Treasury team to figure out what support might be needed to help struggling pubs and restaurants.

Unions called on Sunak to announce immediate measures to help workers and firms in the hospitality, leisure and arts sectors, who face a huge loss in turnover over the usually busy Christmas period.

Mass cancellations are threatening the busy festive period, after health chiefs warned the British public to cut their social contact in the face of Omicron.

Treasury insiders told the Mirror that Sunak was on a long-planned official trip to the US, meeting industry leaders from the tech and investment sectors.

They claimed he was in contact with staff on Whitehall “all the time” – and would be calling UK hospitality businesses on Thursday to hear their concerns.

Sunak’s spokesperson said: “It is a work trip where he is conducting Government business and has a packed schedule of meetings and round tables”.

The Chancellor met his wife Akshata, the daughter of an Indian billionaire, while studying at Stanford University in California – and the couple lived there for several years.

He is believed to own a holiday home in Santa Monica, and regularly holidays on the West Coast.

But unions slammed Sunak for a dereliction of duty towards thousands of workers, and urged him to instigate an immediate financial rescue package.

“The Chancellor should be stood next to the PM, announcing help to pay wages, save jobs and stop businesses going to the wall.

“He should introduce a permanent short-time working scheme – like furlough – and provide additional support for hard-hit sectors like travel, hospitality, retail and the arts.

“Otherwise thousands of workers will face a miserable Christmas.”

James Murray, Labour’s shadow Financial Secretary to the Treasury, added: “The Chancellor will have known for days that new guidance may come into place, but he still chose to leave our country’s businesses and workers to fend for themselves.

“It’s unbelievable that instead of putting British businesses first that he’s out of the country.”