Investment firms buying up farms for mass tree planting are serving only to "offset their guilt", an Earthshot Prize finalist said. 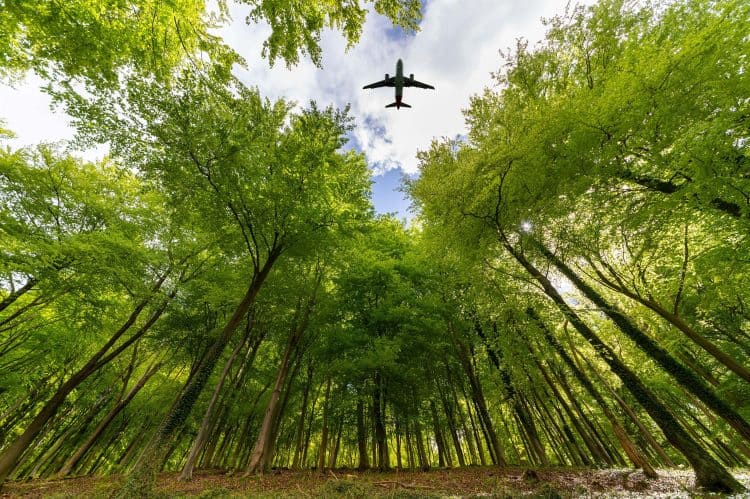 Large companies buying up farms in rural Wales to plant trees have been accused of using land to “offset their guilt” over emissions.

Thomas Crowther, a finalist for the Earthshot Prize, said mass planting of the same type of tree on expanses of land could prove “dangerous” for nature.

A number of farms in west Wales have recently been bought by investment companies for tree planting schemes.

But scientist Crowther urged companies to be socially and ecologically responsible, suggesting that a greater effort to conserve a wide variety of ecosystems is needed to meet climate change goals – and people from local areas must e involves.

Moves by big investment companies to buy up family farms, in an effort to combat carbon emissions, have sparked fears of whole communities being “destroyed”.

“This is not about offsetting your guilt, that would be an absolutely devastating step for climate change,” he told the BBC. ”If we save the climate but we lose nature that’s still an unliveable planet.”

The scientist’s post-doctoral research made headlines when it suggested that there were approximately 3.04 trillion trees on Earth – 46 per cent fewer than about 12,000 years ago, at the onset of agriculture.

Meanwhile Boris Johnson has urged countries to “pull out all the stops” to secure action to limit dangerous global warming in the final days of Cop26.

The Prime Minister was speaking ahead of returning to the Glasgow summit on Wednesday, where negotiators are set to scrutinise a first draft of a “cover decision” – a negotiated outcome to the talks that aims to boost climate action.

‘Still much to do’

Negotiators are also trying to hammer out agreement on technical parts of the global climate treaty, the Paris Agreement, including common timeframes for national commitments on emissions reductions and agreed ways for countries to report on their progress, to help turn pledges into action.

There are also negotiations on providing finance for developing countries to cope with climate change and address the issue of loss and damage to people, livelihoods, land and infrastructure caused by global warming in poorer nations.

Johnson said: “Negotiating teams are doing the hard yards in these final days of Cop26 to turn promises into action on climate change.

“There’s still much to do. Today I’ll be meeting with ministers and negotiators to hear about where progress has been made and where the gaps must be bridged.

“This is bigger than any one country and it is time for nations to put aside differences and come together for our planet and our people.

“We need to pull out all the stops if we’re going to keep 1.5C within our grasp.”