Is the reality of Brexit starting to bite at the Daily Express? 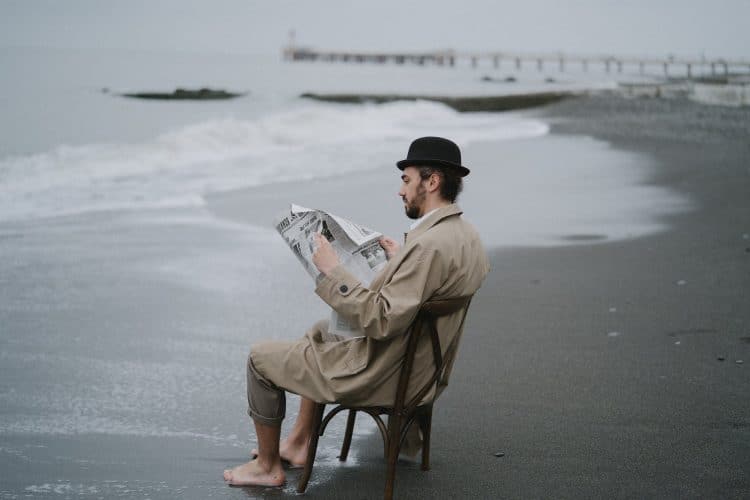 Brexit rules are starting to bite British holidaymakers – and the Daily Express isn’t happy about it.

With new paperwork and visa restrictions falling on Brits after the UK quit the European Union, the loudly pro-Leave newspaper reported that travelling abroad had become a “headache”.

Robin Balme, an electrical contractor who spends a significant period of time working on the continent, is quoted as saying: “I booked a holiday to Sicily, which was a mistake – I should have gone to Wales.

“I can’t go on summer holiday to Europe anymore. From June 9 I will have to wait six weeks before I can return to the EU for another two weeks.

“There is more work available for me after the summer holidays, but I don’t know if it’s worth going through with because of the red tape.”

He added: “It’s currently affecting my ability to work. A large majority of the work I do is in the EU.

“I also know many people who work in the music industry and they have lost all their European tours.

“Why use someone from Britain if you can use a European?”

Frank Jura, CIBTvisas and Newland Chase managing director for Germany and Austria, told the newspaper: “We see more and more clients face the reality of Brexit over the past couple of months where actually it causes friction for a UK national needing to work in the EU and vice versa.”

And Tobias Schönborn, managing director of mobility service provider visumPOINT agreed, telling the Express that Brits working on the continent “are starting to find they are exceeding their limits”.

He added: “Our clients are seeing the issues coming up and are looking for solutions like work permits for countries their travellers visit frequently.

“That has other implications, like taxation liabilities, and you need an address in the country where you can receive the permit and an entity in the country to be the local sponsor. Many of our clients are saying they will be more careful.

“We have German clients who are saying they won’t tender for projects in the UK anymore, and others saying they will not send Brits to the EU but will use people from elsewhere in Europe.”

It comes after British band White Lies were forced to cancel a show in Paris after their equipment was held up by Brexit customs checks.

“To our dear fans here in Paris,” the group wrote, “We and our crew have arrived safely this morning to start our European tour. But our equipment has been detained by Brexit legislation leaving England, along with countless other trucks.

“We are aware this happened to [another] British band last week. We’re devastated to say that without our equipment we do not have a show, and tonight has to be cancelled and rescheduled. It’s heartbreaking to be here in this wonderful city, and unable to perform due to such a trivial issue.”

Responding to the news, Naomi Smith – CEO of internationalist campaign group Best for Britain – said: “The government’s Brexit deal has left musicians in limbo, crushing their chance to make a name for themselves by touring Europe as so many have before.

“With the first full festival season since the pandemic almost here the government must urgently simplify customs and visas for performers or risk losing a generation of musical talent and a vital export industry.”