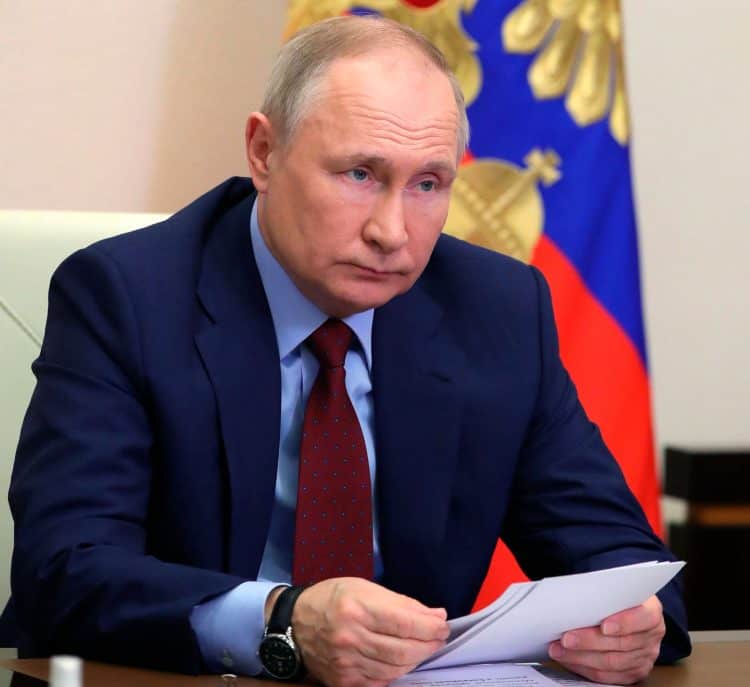 Vladimir Putin’s daughters have been sanctioned by the UK in an effort to target the “lavish lifestyles” of the Russian president’s inner circle over the invasion of Ukraine.

The US has already sanctioned Putin’s daughters in retaliation against “war crimes” in Ukraine, and the European Union is expected to follow suit.

Foreign Secretary Liz Truss said: “Our unprecedented package of sanctions is hitting the elite and their families, while degrading the Russian economy on a scale Russia hasn’t seen since the fall of the Soviet Union.

“But we need to do more. Through the G7, we are ending the use of Russian energy and hitting Putin’s ability to fund his illegal and unjustified invasion of Ukraine.

“Together, we are tightening the ratchet on Russia’s war machine, cutting off Putin’s sources of cash.”

The Foreign Office said the action is being taken to target the “lavish lifestyles of the Kremlin’s inner circle”.

The UK has now sanctioned more than 1,200 individuals and businesses in response to the Russian invasion of Ukraine that began in February.

It is not the first time a relative of Lavrov has been targeted, with his step-daughter Polina Kovaleva sanctioned last month.

With 76 oligarchs among the sanctioned, the measures are in part designed to apply pressure on the Kremlin to retreat. But they are also seeking to seal off funds to reduce Putin’s military might, with 16 banks targeted too.

Sanctions across Western allies have meant that £275 billion of Russian foreign currency reserves, representing 60 per cent of its total, are frozen, according to the Foreign Office.

The UK’s action follows similar moves by the US and EU. Josep Borrell, the EU’s top diplomat, said: “These latest sanctions were adopted following the atrocities committed by Russian armed forces in Bucha and other places under Russian occupation.

“The aim of our sanctions is to stop the reckless, inhuman and aggressive behaviour of the Russian troops and make clear to the decision makers in the Kremlin that their illegal aggression comes at a heavy cost.”

In addition to sanctions on individuals and members of their families, oligarchs and high-ranking Kremlin officials, the 27-nation bloc also formally approved an embargo on coal imports starting in August, as well as a full transaction ban on four key Russian banks representing 23 per cent of market share in the country’s banking sector.

Vessels registered under the Russian flag are now prohibited to access EU ports, with an exception for agricultural and food products, humanitarian aid and energy.

These are the first EU sanctions to target Russia’s lucrative energy industry over its war in Ukraine. According to the European Council, imports of coal into the region are currently worth 8 billion euros (£6.6 billion) per year.