Nadhim Zahawi and Suella Braverman also appear on the brink of failing to hit the 30 votes from MPs needed to advance. 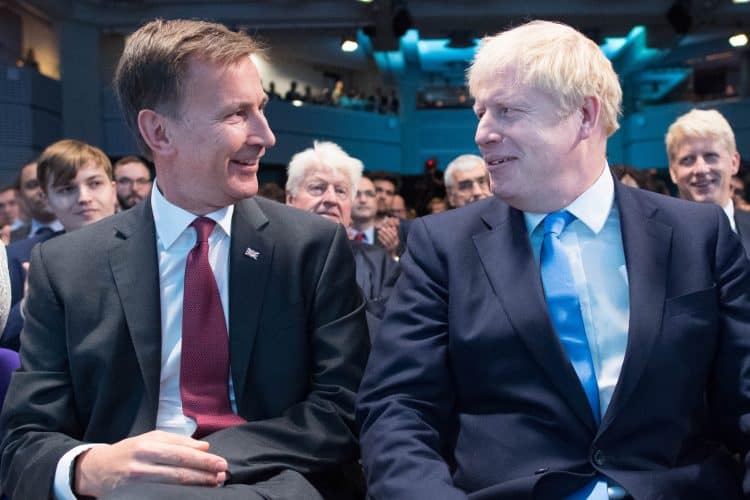 Jeremy Hunt, who was the betting-market favourite to replace Boris Johnson just last month, is the most likely candidate to be eliminated in today’s first round of voting in the Tory leadership contest, according to the latest odds.

Nadhim Zahawi and Suella Braverman also appear on the brink of failing to hit the 30 votes from MPs needed to advance, as they sit second and third respectively behind Hunt in that Last Place in Round 1 market.

Smarkets prices on today’s ballot make Rishi Sunak an overwhelming 97 per cent likely to top the poll, with a betting forecast of 87 first-round votes.

Sunak remains the outright favourite to win the contest at 35 per cent, although there is little to separate him and Penny Mordaunt (32 per cent) at the top of the market with Liz Truss (22 per cent) the only other contender with a double-digit win probability.

Smarkets head of political markets, Matthew Shaddick, said: “At least three candidates look in serious danger of being knocked out in today’s first round of voting. Jeremy Hunt is favourite to be eliminated in last place, with a 37 per cent chance, but the odds also suggest Suella Braverman and Nadhim Zahawi will be on the edge of the 30-vote minimum needed to progress.

“Rishi Sunak is the overwhelming favourite to lead after round one with a 97 per cent chance of topping today’s poll.

“Trading on Smarkets indicate we should expect Sunak to gain around 87 votes today. He is just about hanging on to the betting-market lead in the overall race to succeed Boris Johnson at 35 per cent likelihood but Penny Mordaunt (32 per cent) is hot on his heels.

“As things stand, we should probably expect five or six candidates to progress to the second round and the latest odds on Smarkets suggest that four rounds of voting is the most likely number we’ll need to produce a final two.”