The migrant crisis has exposed a common fallacy about Brexit, that you can simply "pull up the drawbridge" and wish it away. 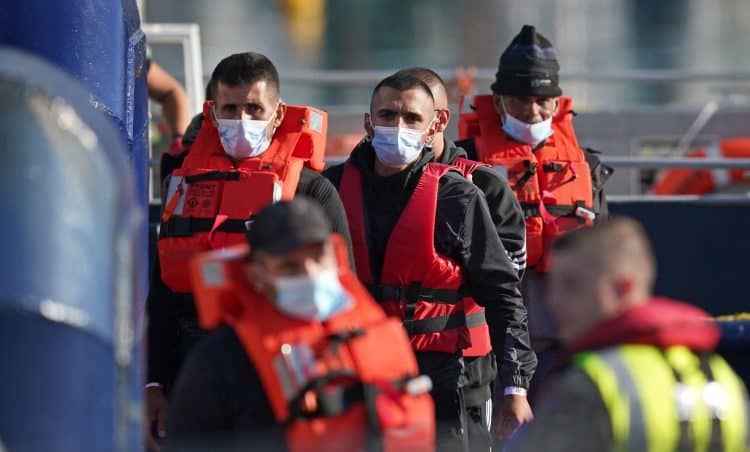 Members of the far right have been up in arms about the number of migrants arriving on British shores via dinghy, but few have them have taken the time to ponder how their pet project – Brexit – might be to blame for the worsening crisis.

In 2019, when Britain was still in the European Union, less than 2,000 asylum seekers arrived in Britain by boat, government figures show. But by 2021, the year the transition period ended, that number had rocketed to 28,526, with almost 40,000 making the perilous journey so far in 2022.

As the BBC‘s home editor, Mark Easton noted last year, this exposes a common fallacy about Brexit, that you can simply “pull up the drawbridge” and hope to deal with the problem that way.

Unfortunately, international cooperation is in short supply in the UK right now, having wilfully opted out of most arrangements with our closest neighbours.

When part of the EU’s “Dublin” convention, Britain requested the return of approximately a quarter of asylum cases to other parts of Europe.

Now outside the EU, the UK currently has no return arrangements with any EU country. The government proposed a post-Brexit replacement for the Dublin arrangement – but the EU turned it down.

Last year, of the more than 20,000 people to have made it safely to the UK, just five were returned to Europe.

As the Independent’s Jon Stone noted: “Despite rhetoric about borders and immigration playing a major role in the Leave vote, EU cooperation played a significant role in border policing before Brexit.”

For all Suella Braverman’s tough talk on dealing with the situation, her words do little other than underscore the government’s failings in creating a well-functioning and robust immigration system.

She would do well, Edi Rama said, to stop “discriminating against Albanians” and instead look at her own policy failures.

In the words of Suna Erdem, “there is no migrant crisis. Only a cynical, poorly-run immigration system. And that’s the government’s fault.”