The Tory MP is returning to face questions about his political future in Westminster, but received some support from the former prime minister. 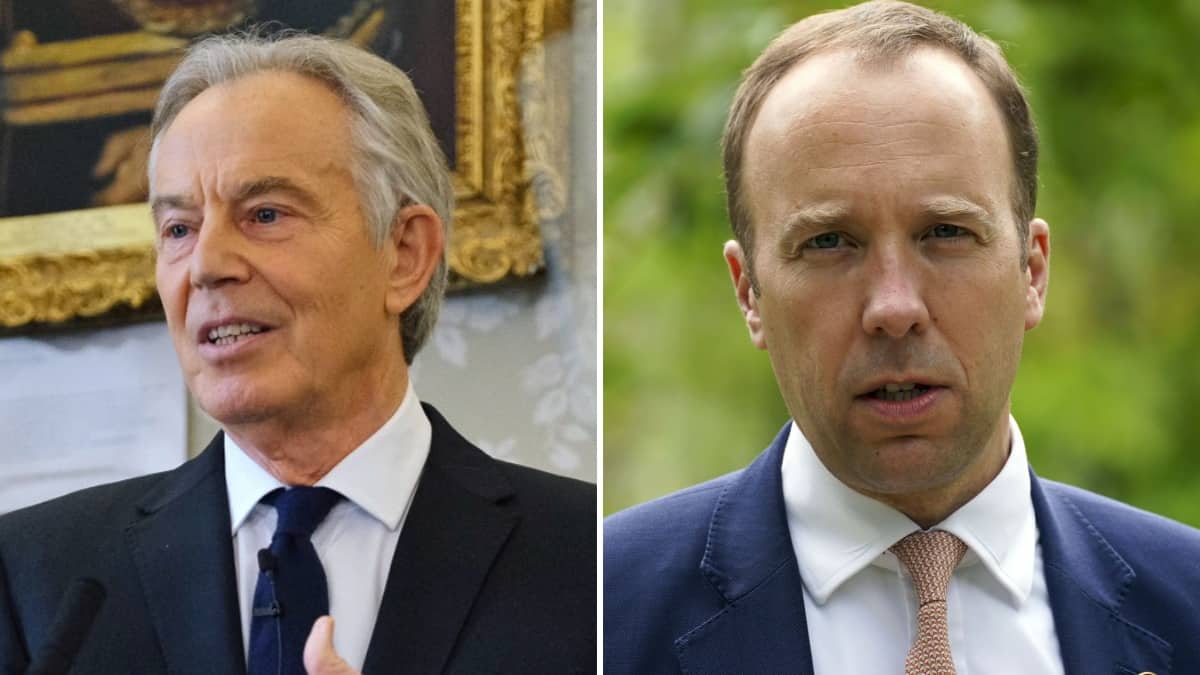 Sir Tony Blair has offered some support to former health secretary Matt Hancock as he returns from the I’m A Celebrity jungle, suggesting that the unorthodox move “took courage”.

The Tory MP is returning to face angry colleagues, constituents and questions about his political future in Westminster after coming third in the ITV show.

The West Suffolk MP surpassed the expectations of many by reaching the final but came behind the winner, Euro 2022 champion Jill Scott, and Hollyoaks actor Owen Warner in a public vote on Sunday night.

His 21 days in the Australian jungle have seen him suspended from the Conservative parliamentary party and criticised by colleagues including Prime Minister Rishi Sunak.

But Sir Tony, who said that he had not been watching the popular TV show, had some supportive words for the former Cabinet minister.

“When you’ve been through the wringer as he has, and you know, as a politician who’s got to a certain level in politics, he’s probably got quite a lot of courage to go and do something like that,” he told The News Agents podcast.

“And I mean, people can attack him or whatever. But I always say this to (former Labour frontbencher) Ed Balls, who reinvented himself in this extraordinary way after leaving politics, and literally this is the most surprising thing I ever came across in terms of a post ministerial career.

“But, you know, it takes a lot of courage to go do something like that.

“I wished him well, from the outset. I worked with him a bit during the pandemic. And, you know, he was working hard, they were all working hard on it.”

The former Labour leader suggested that Hancock, who said entering the jungle would allow him to reach out to voters in a new way, might have had “a point”.

“I don’t think people’s political views are going to be changed one way or another.

“But I think the problem with politics nowadays is how do you communicate with people when you’re going into fragmented, media, social media, and when it’s quite difficult to get a message across to people who aren’t in your circle, because the way the media works today is essentially, it works by developing a constituency of people and essentially appealing to that constituency.

“And if you’re not careful, you don’t break out and go and talk to the people who disagree with you. So, I guess in that sense, he’s got a point. But it’s quite an extreme way of reaching the public.”

Earlier, Business Secretary Grant Shapps suggested that Hancock’s time on the show indicated he may have come to the conclusion his career in Westminster is “pretty much done”.

Shapps told Times Radio: “I do think … that his true position should have been in Parliament this last few weeks, and serving his constituents.

“You know, it’s often said that … politics is showbusiness for ugly people. He should be with us uglies back in the House rather than the jungle down under.”

Asked if that means Hancock should leave politics, he said: “I don’t know, I haven’t spoken to him about it but I suspect he may have already reached that conclusion.

“Why would you go off and spend all that time in the jungle if you were going to carry on in Parliament? I’m only speculating.

“But I do think the right place for him to be is in Parliament looking after his constituents. It’s a very hard job to do if you’re completely out of touch.

“And I think he may therefore have come to the conclusion that his parliamentary career is pretty much done.”