Labour has demanded an inquiry into the matter, with the party having raised concerns that Mr Cameron as prime minister ordered Conservative peers to vote against proposals which would have stopped him lobbying for Greensill Capital. 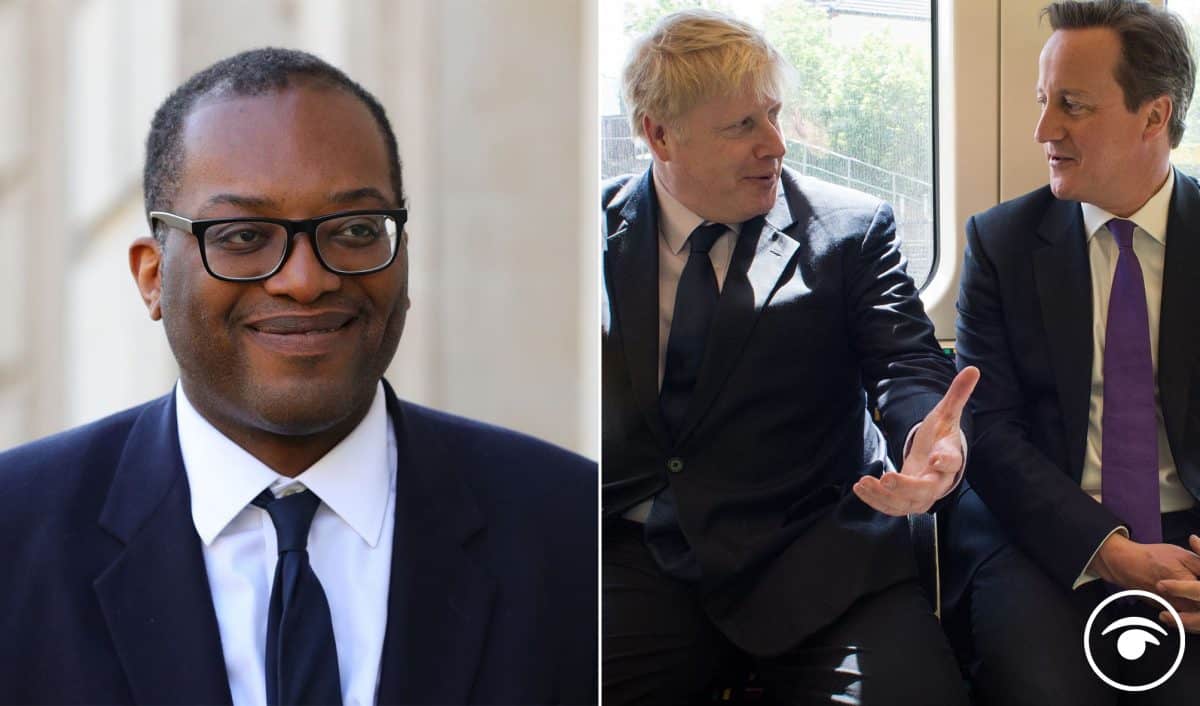 David Cameron “did absolutely nothing wrong” in his dealings with Greensill Capital, according to a senior government minister.

Business Secretary Kwasi Kwarteng indicated his belief that “everything was above board” with the former prime minister’s connection to the financial services company which collapsed earlier this month.

Speaking on Sky News, Mr Kwarteng said that, with Mr Cameron having been cleared of breaking lobbying rules, people should now “just move on” from the issue.

The former premier was exonerated by a watchdog after reportedly asking Chancellor Rishi Sunak to support Greensill Capital through the Government’s Covid Corporate Financing Facility.

The Registrar of Consultant Lobbyists concluded that Mr Cameron was an employee of Greensill Capital so was not required to declare himself on the register of consultant lobbyists.

Greensill was the main financial backer of Liberty Steel and its collapse has left the firm, which employs around 5,000 workers at a number of sites across the UK, facing an uncertain future.

Mr Kwarteng confirmed the Government had refused a £170 million bailout for Liberty, in part due to the “opaque” structure of the business and its parent company, GFG Alliance.

Labour has demanded an inquiry into the matter, with the party having raised concerns that Mr Cameron as prime minister ordered Conservative peers to vote against proposals which would have stopped him lobbying for Greensill Capital.

Mr Kwarteng said: “I think people have looked at this. As far as I know David Cameron did absolutely nothing wrong, he was a public servant for a long time, he’s now gone into private life and was working for Greensill Capital.

“People have looked into his role, people looked into the fact that he may or may not have contacted people, officials, in the Treasury.

“As far as I know, everything was above board. He’s been largely exonerated and I think we should just move on.”

Mr Kwarteng added: “David Cameron, as far as I remember, was recruited in 2018, two years after he’d left Downing Street and I think that was (an) appreciable length of time.

“What we can’t do is go down the route of banning people from making a living, pursuing a profession, long after they’ve left political life.”

Despite calls from Labour for an inquiry, independent peer Lord Evans said his Committee on Standards in Public Life “is an advisory body and does not have a remit to investigate individual cases”.

However, in a letter, Lord Evans indicated that the committee is carrying out a broader review of the systems for upholding standards of conduct.

Mr Kwarteng said Liberty Steel is an “important national asset” and his priority is to support the jobs and plants in the UK.

“I think that the current owner is looking at ways of refinancing the group and I have been very clear that I want to see his plans worked through before we go into anything in terms of a further plan to keep the jobs and the plants safe,” he told BBC Radio 4’s Today programme.

“One of the critical things about the £170 million was that, obviously we are custodians of taxpayers’ money and there were concerns about the very opaque structure of the GFG group and we feel that, if we gave the money, there was no guarantee that that money would stay in the UK and would protect British jobs.”

Related: Astounded reactions as new vaccine will be bottled up at… Barnard Castle