“The Government have been failing young people in schools, they are failing rape victims in our country and they have got to do something about this now.” 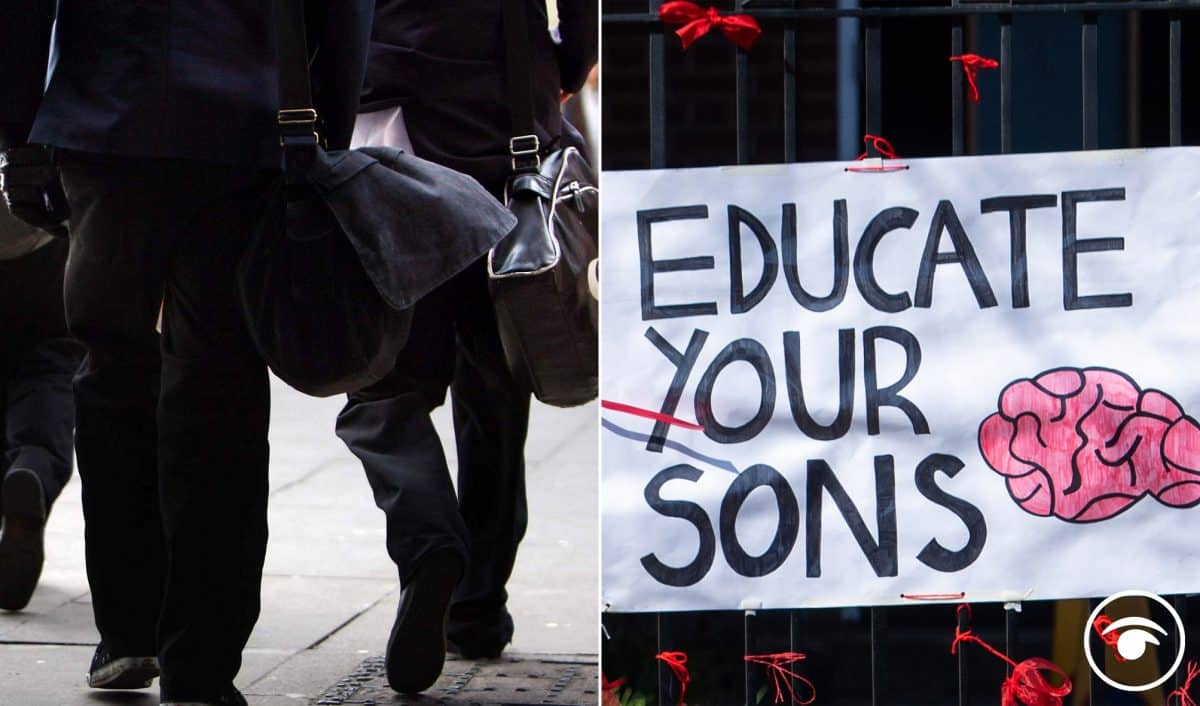 Safeguarding procedures in schools are “not fit for purpose” and should be overhauled, according to a former government minister who warned of a “Lord of the Flies” culture.

It comes amid calls for an independent inquiry after more than 8,000 reports were posted on the Everyone’s Invited website where pupils can anonymously share their experiences of misogyny, harassment, abuse and assault.

Robert Halfon, who chairs the Commons Education Committee, said schools should immediately establish a system of counselling for pupils who have faced abuse.

He told BBC Breakfast: “It is pretty grim just reading through the Everyone’s Invited website. Your heart goes out to all the people who have suffered the abuse, the sexual harassment, the threats, the abuse online.

“I do think there is a Lord of the Flies culture in some of our schools across our country and what needs to happen is an urgent inquiry to overhaul safeguarding procedures because they are not fit for purpose.

“The schools involved should immediately implement a system of providing counselling for students past and present as well, so they can get all the support they need.”

I salute the courage of everyone who has come forward to highlight their experiences of sexual harassment and abuse in certain schools. There must be a proper review of safeguarding in schools and counselling for all those who have suffered.

My comments on @BBCNews today ? pic.twitter.com/yaVxGv6ugO

Mr Halfon also said that “much deeper” questions need to be asked to address the problem of sexual violence among some young men in schools.

“Why is it that some – and I stress some because most boys behave impeccably – why is it that some boys are arriving at school with attitudes that don’t treat female students with the dignity and respect and equality that they deserve?”

Speaking on Good Morning Britain, she said the Government has a safeguarding responsibility for the nation’s children.

“The Government have been failing young people in schools, they are failing rape victims in our country and they have got to do something about this now.”

Today I am mostly researching what the government have done in the 4 years since the report in to Sexual Abuse and Harrassment in Schools was published. 4 years!

“And that is why we’ve called for this inquiry, and I’m not just going to accept Gavin Williamson being shocked and appalled – why doesn’t he actually do something? Let’s hear what he’s going to do.”

Conservative MP Maria Miller, who oversaw a report into the issue in 2016 said schools regulator Ofsted should carry out a “deep dive” to establish what is happening.

Maria Miller, former chairwoman of the Commons Women and Equalities Committee, said it appears nothing has changed in the five years since it published its findings.

Speaking on ITV’s Good Morning Britain, Business Secretary Kwasi Kwarteng said there is a “duty for parents to make sure that their children are keeping the law”.

.@susannareid100 challenges @KwasiKwarteng about why the age verification element has been taken out of the Online Harms Bill amid concerns about how access to online pornography might impact young people.

He says 'we have a responsibility to keep people safe'. pic.twitter.com/xJsa1gGTN2

He said: “I think there is a responsibility for Government, which we’re taking very seriously.

“There’s also a responsibility for the schools, teachers and parents and, as Sir Michael Wilshaw (former Ofsted head) said, these are deeply to do with the culture, and we all have a responsibility, not just in Government but also as parents and as teachers and also members of the community, to make sure that people treat each other with respect, and this kind of behaviour is completely unacceptable.”