Mandy Rossi, from Ashford Green Party, said she was “appalled” that the residents of the town had not been able to have a say on the plans for a “lorry park”. The town voted to Leave by 59.4 per cent in the EU referendum. 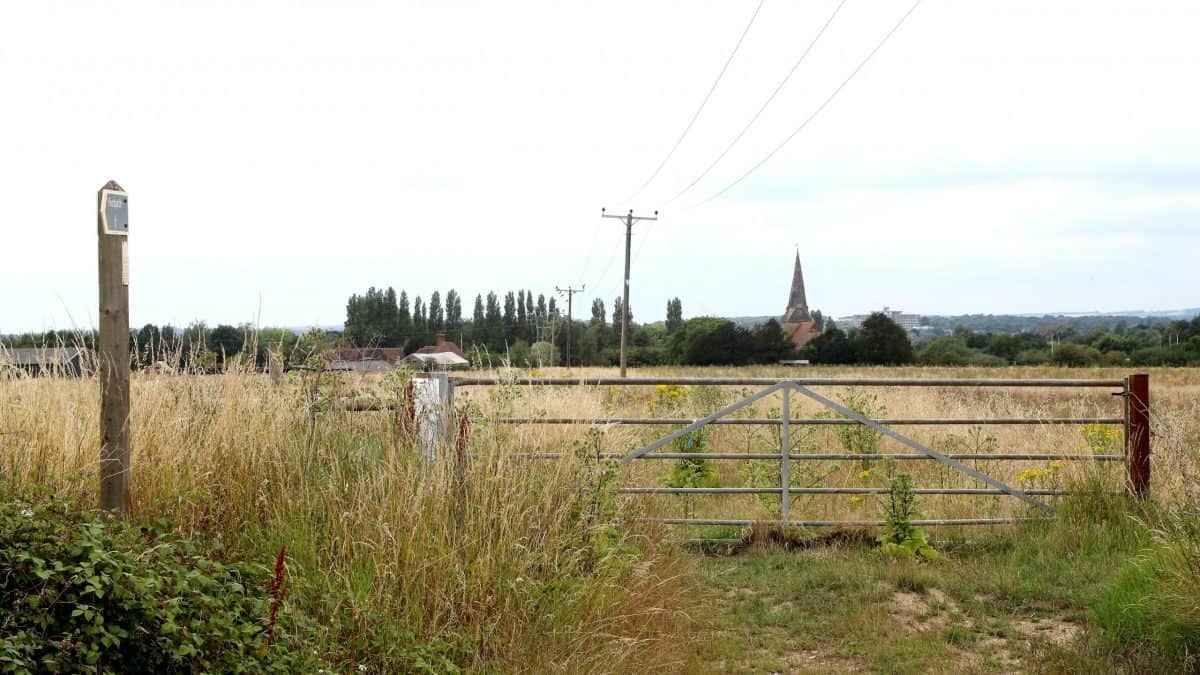 The Government has purchased a 27-acre site in Kent which opponents fear will be turned into a post-Brexit “lorry park”.

The Department for Transport (DfT) was understood to be looking to buy the land near Ashford as it geared up for possible trade frictions as a result of leaving the EU.

But it led to concerns the site could be used as a giant car park for thousands of lorries waiting to travel to the continent.

In a letter to residents on Wednesday, transport minister Rachel Maclean confirmed the DfT had purchased the land and was now planning “two primary uses” for the site.

She said: “First, government departments envisage using it as a permanent site for facilities related to future border processes, notably HMRC (as an office of departure/arrival for goods moved under ‘transit’ arrangements) and Defra (as a border control post for goods needing sanitary and phytosanitary checks).

“Second, the site may also be used as a contingency lorry holding area for the particular, foreseeable risk of significant disruption at the end of the transition period.”

Ms Maclean said there was “no intention” to develop the site as a permanent lorry holding facility for use in the event of “cross-Channel disruption”.

She said preparatory works on the site will begin this week, including the securing of the perimeter, clearing grass and vegetation and carrying out surveys.

Ashford MP Damian Green said he opposed plans to use the site as a “lorry park” because of how close it would be to new housing developments and possible effects on access to Ashford’s William Harvey Hospital.

"I never thought trucks would pile up at MY border," weeps MP from the Trucks Piling Up at Borders Party. https://t.co/JQoeMG9Oom

But he said he would not be against using some of the site for border-related checks.

“I accept they need to be done somewhere that is near to the motorway,” he told the PA news agency earlier this week.

“That won’t affect local traffic, local air pollution and I think that’s a much more acceptable proposal than a temporary park for thousands of lorries.”

A DfT spokeswoman said: “At the end of this year the UK will become a fully independent country and take back control of our borders.

“This site will form part of our ongoing plans to help ensure the free flow of freight at the border as we make our new start at the end of the transition period.”

The DfT said it would be “working closely” with community leaders to ensure residents and businesses were kept informed as plans progress.

Mandy Rossi, from Ashford Green Party, said she was “appalled” that the residents of the town had not been able to have a say on the plans for a “lorry park”.

She added: “Alongside the many new housing developments already in motion, we’ll be losing yet more of our green spaces, with a devastating effect on local biodiversity and air quality.”