While stressing it was his personal view, the former prime minister vowed to "not give up" on rejoining the EU. 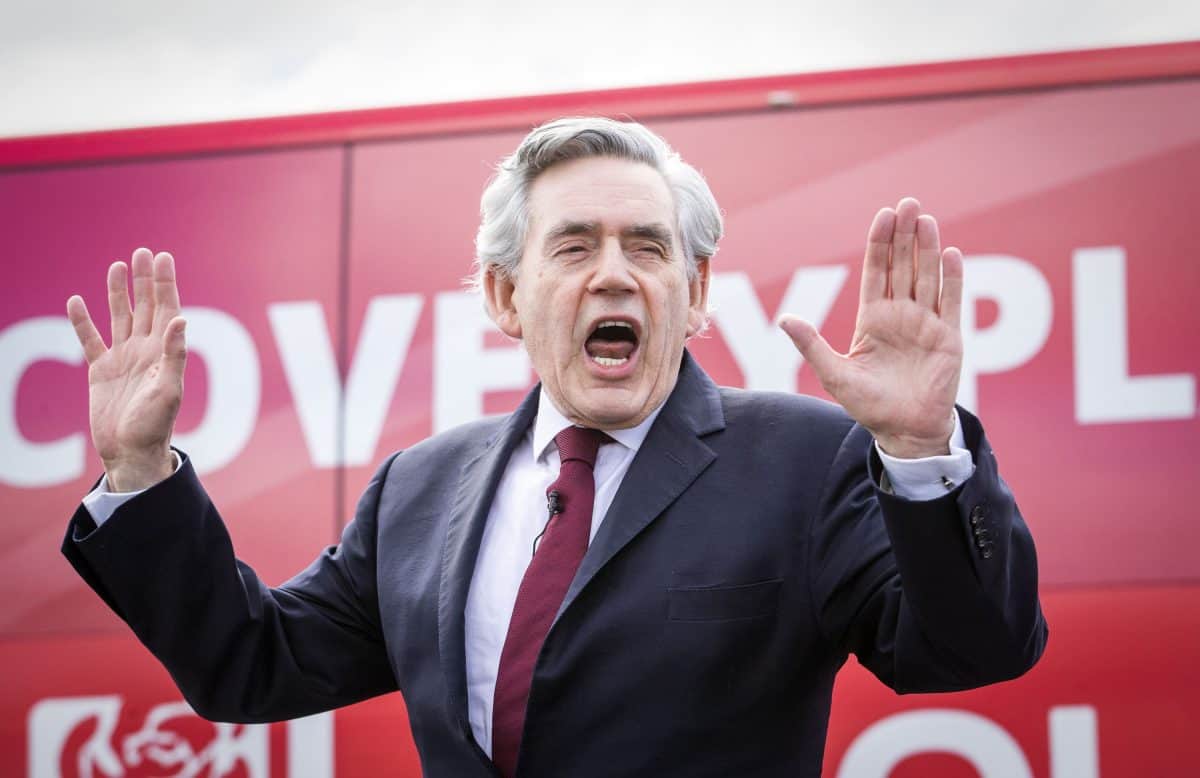 Gordon Brown has vowed not to give up pushing for the UK to rejoin the European Union, despite admitting that it is unlikely in the short term.

The former prime minister was a strong supporter of Remain before the referendum in 2016 but his comments, made at a Guardian event on Wednesday night, are the first time he has explicitly called for the UK to return to the EU fold.

“I want to rejoin the European Union,” Brown said. “I’ll not give up. I didn’t support joining the euro because I didn’t think it would work for Britain, it wasn’t because I objected to a single currency.

“But I recognise that’s not what’s going to happen in the very short term, and I also recognise that we’ve also got to find a better way of expressing global Britain, to persuade people of the need for international cooperation.”

He was at pains to stress that this was his own view, and not a recommendation for Labour. “I’m only saying it as a personal view. I still regret leaving the European Union, and I still see a long-term future as part of Europe. And that’s all I need to say. That’s my contribution to the debate. I’m not there to decide Labour’s policy at the next election.”

Brown revealed he despaired the negative approach of the official Remain campaign, revealing that he phoned David Cameron to warn against it – but was “just dismissed as being out of touch”.

He said: “My idea for the slogan for the European campaign was ‘leading, not leaving’, because I do think people need to be proud of their country, and being proud of your country by being a leading force in Europe, I think, could have won people’s hearts and minds to staying in the European Union.

“So we’ve got to fashion what a global Britain, in the short term, is going to look like, and I think it is about something we’ve forgotten. Churchill said we had three circles of influence – Europe, America and the Commonwealth – and that was right, of course. But there is a fourth circle, and that’s the international institutions.

“And we should be playing a leading part in the United Nations, in the International Monetary Fund, in the World Bank. We should be shaping the agenda there with other countries. And we just seem to be out of that. And you really can’t talk about global Britain unless we’re part of that.”

Brown’s comments are in sharp contrast to the mainstream Labour Party line. Andy Burnham, the Greater Manchester mayor, told TLE last month that hopes of rejoining the EU are “gone”, and that Brexit was the “new reality” that “everybody needs to embrace”.